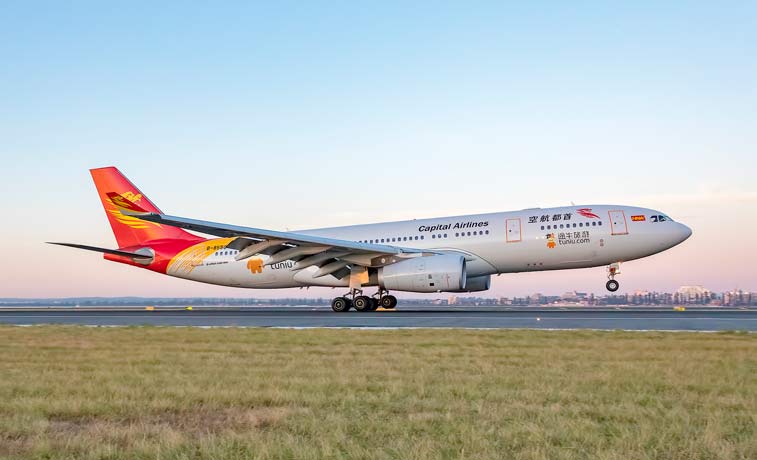 The TAL Aviation sales and commercial teams will be providing services to the respective travel markets on behalf of the airline, to include sales, reservations, marketing, digital marketing, finance and more.

“We have expanded over the last three years our ties with Chinese companies and this new agreement with Beijing Capital Airlines is another step in the trust that Chinese carriers have voiced with TAL Aviation,” Nissim Sagis, Chief Commercial Officer of TAL Aviation, said in an announcement.

Over the past year, Beijing Capital has launched direct air services to Europe including Madrid, Lisbon – the first direct connection between China and Portugal; Moscow, London Heathrow as well as Melbourne, Sydney and Vancouver. The services also open the skies for passengers wishing to travel to China and beyond.

“We are happy to be part of a cooperation which will assist in welcoming more Chinese travelers to our market destinations that Beijing Capital is servicing,” Sagis added.

In addition to new connections between Europe and China, Beijing Capital Airlines, has a comprehensive network within mainland China as well as Asian destinations including Hong Kong, Macao, Taiwan, Thailand and Cambodia. It has a fleet of 73 Airbus (A319, A320, A321, A330) and operates more than 200 routes.

TAL Aviation is a global airline representation organization with over 40 offices covering over 50 countries throughout Europe, Asia, the Pacific and the Americas. Its office in Greece was launched in 2009 and currently represents Air Baltic, Air Canada, Air Europa, EL AL Israel Airlines, Finnair, Precision Air and Qantas Airways.