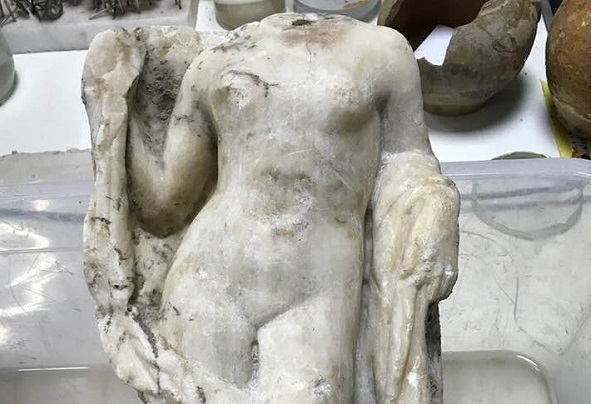 A headless statue believed to be of ancient goddess Aphrodite was recently discovered during construction work for the Thessaloniki metro in the northern Greek city.

The statue was unearthed in the area of Agia Sofia. Findings also include floor mosaics of the 4th century AD.

The discovery was announced on social media by the chairman of Attiko Metro, Yannis Mylopoulos, who posted the picture of the statue. According to Mylopoulos 300,000 antiquities have been unearthed during archaeological excavations so far at the metro site in Thessaloniki.