SETE in Brussels – Greek Tourism ‘Speaks Out’ in European Parliament 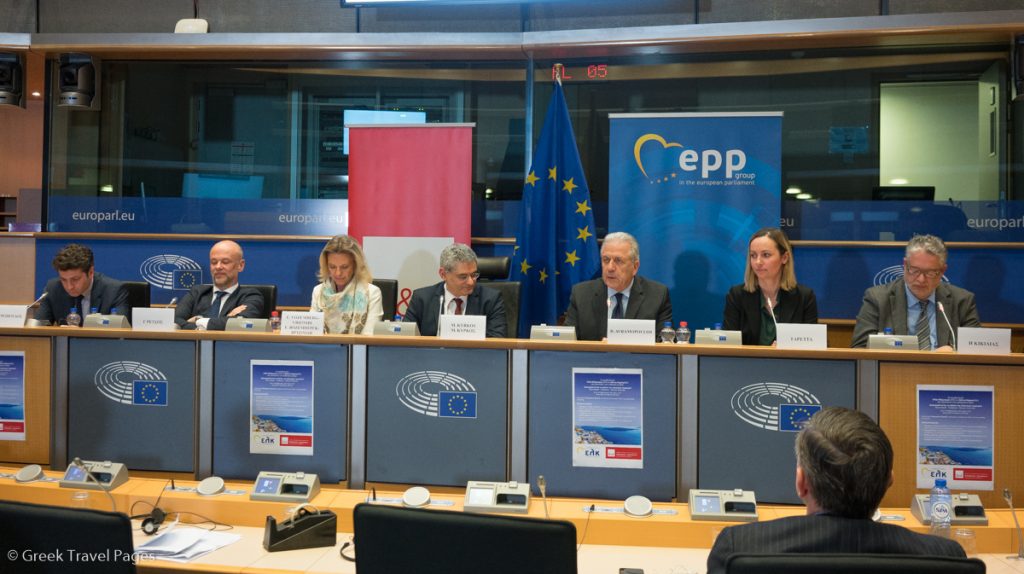 The European Parliament on Tuesday was informed of the strength, resilience and prospects of Greek tourism, as well as the challenges impending its future, through the voice of the Greek Tourism Confederation (SETE).

The event was held following the first day of scheduled meetings between a delegation from SETE, headed by the confederation’s president, Yiannis Retsos, with European Commissioners and Greek MEPs. 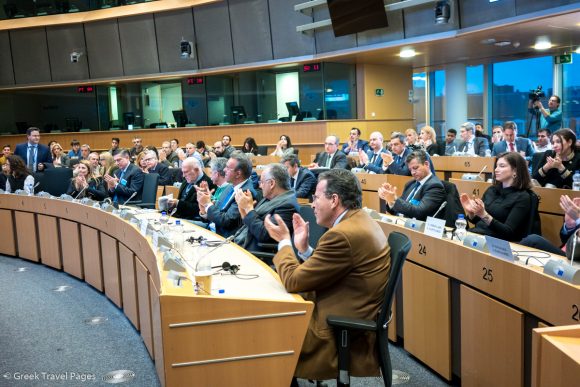 Held under the initiative of Greek MEPs Elizabeth Vozenberg and Miltos Kyrkos, the event at the European Parliament began with a presentation of the activities of SETE, the Institute of SETE and Marketing Greece.

During his speech, SETE President Retsos spoke of forming the future of Greek tourism through extroversion, synergies and sustainable development.

He also referred to the challenges impending the tourism sector, such as over-taxation.

“We are way passed the phase when we would just make proposals to political parties. Now we all, and especially SETE, must demand that proposals be carried out,” MEP Kyrkos said to a packed audience.

SETE’s visit to Brussels was referred to as a visit of “champions” by European Commission spokesman, Margaritis Schinas.

“Greece has a historical lack of credibility and this has cost us on a European level. It is especially pleasing to have a credible conversationalist like SETE… This credibility also generates obligations, such as making it the first action to return to regularity,” Schinas said. 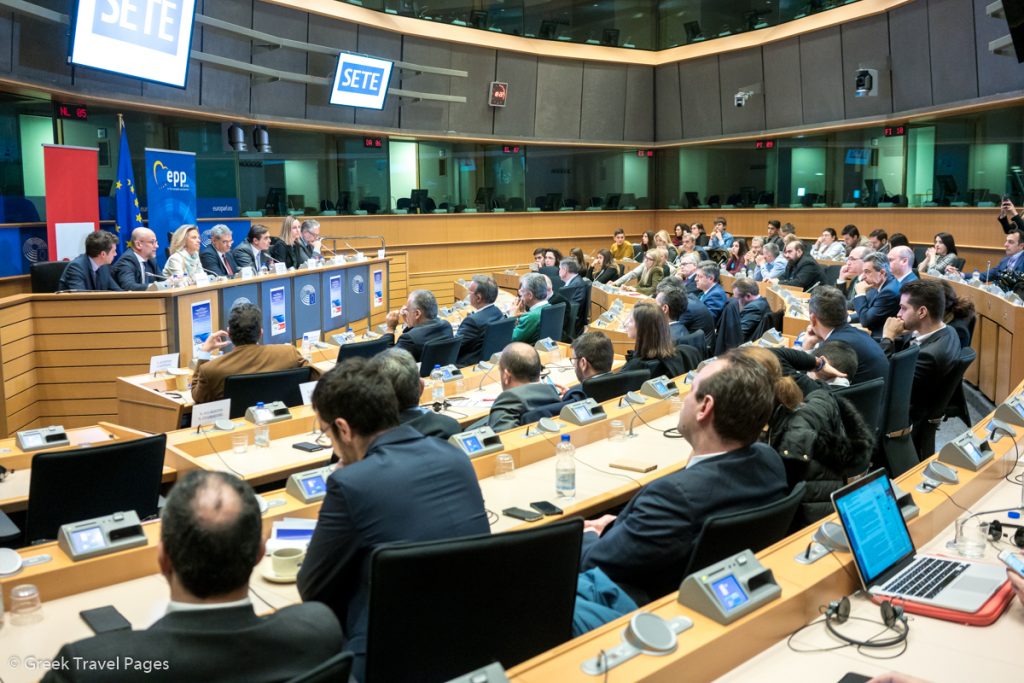 Underlining the importance of tourism for the country, Schinas pointed out that tourism, in Greece especially, does not just concern the entrepreneurs. “It concerns all residents and their businesses… It is a national chapter where we are all co-owners. And we all have to increase the ‘price’ of our share.”

The European Commissioner for Migration, Home Affairs and Citizenship, Dimitris Avramopoulos, said that the Greek state has policies but has not yet acquired a strategy for tourism.

Referring to the period he served as Greek Tourism Development Minister (2004-2006), Avramopoulos mentioned the difficulties he faced when attempting to draft a bill for tourism due to the lack of cooperation from other ministries.

“The tourism product is fragile. It is hard to build and it can all come crumbling down with just one mistake. We have to protect it,” he said.

“Today, SETE’s Board of Directors leaves here in Brussels the image and the impression of another Greece and we encourage them to continue ahead,” Avramopoulos added. 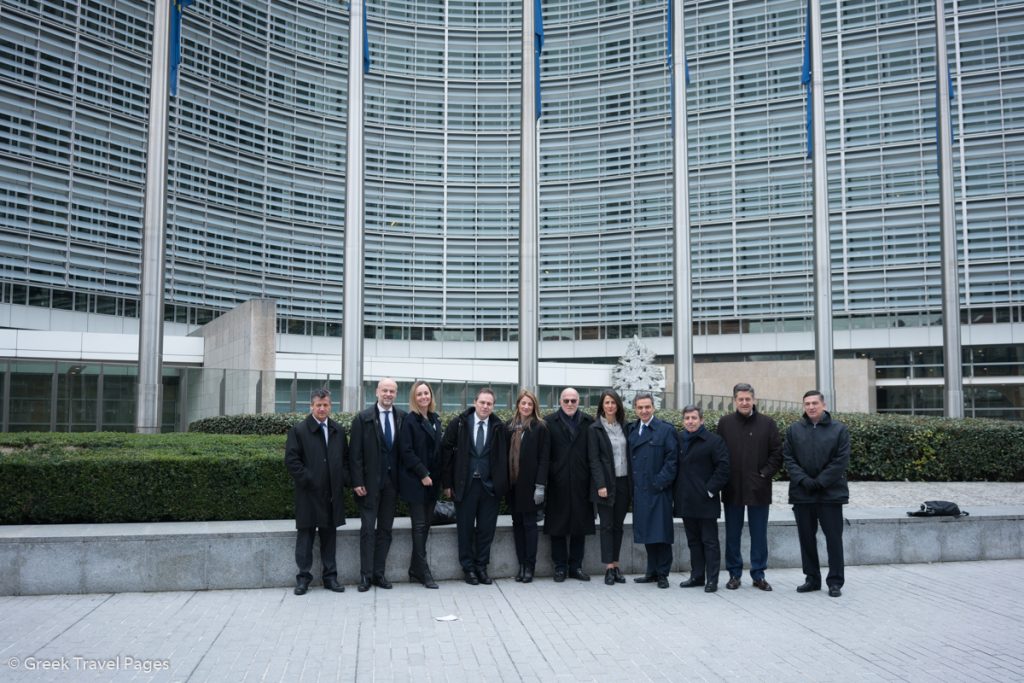 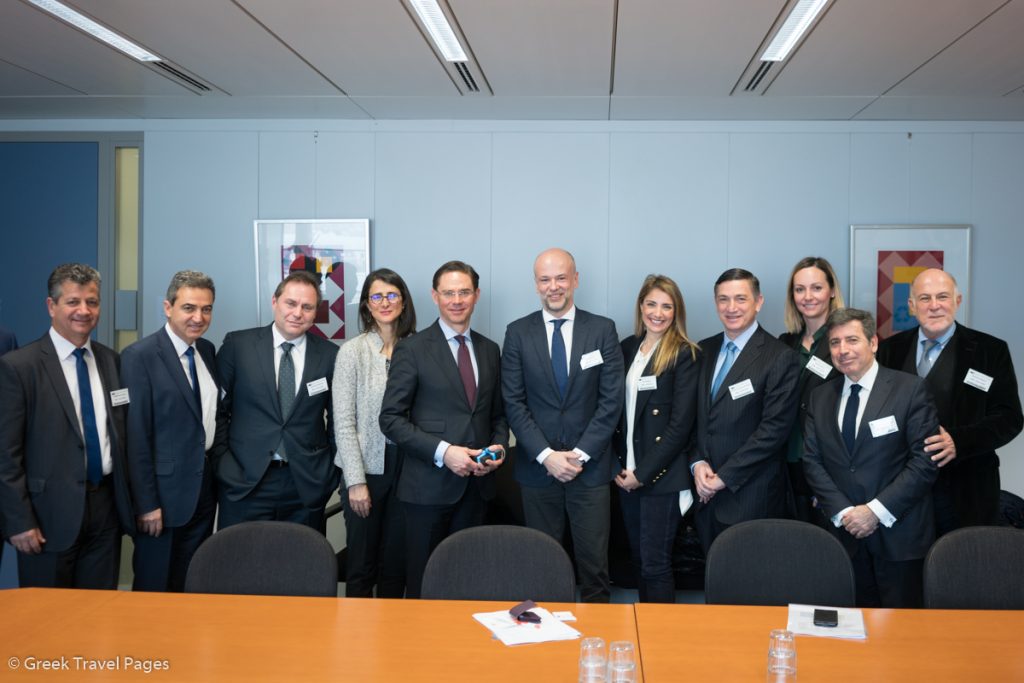 “Taxation, access to finance as well as structural reforms and red-tape removal, are cornerstones for growth, investment and job generation for the Greek tourism sector,” Retsos posted on twitter after the meeting.

A working lunch followed with Dimitris Avramopoulos, European Commissioner for Migration, Home Affairs and Citizenship. During the lunch, the importance of tourism for Greek economy and society was highlighted as well as the necessity of strengthening its voice in Brussels, in the heart of Europe. 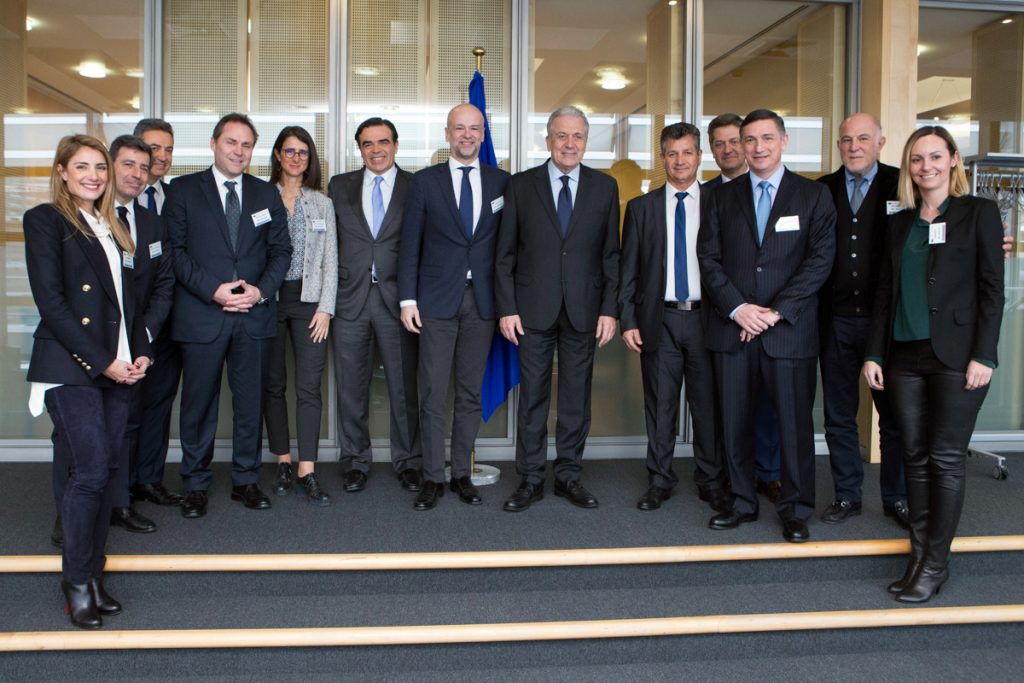 During the lunch, Commissioner Amvramopoulos was reported saying: “Greek tourism should be referred to as the ‘main axis of the country’s development’ instead of the country’s ‘heavy industry’.”

A meeting with Margaritis Schinas, European Commission spokesman, followed and discussions concerned how tourism will continue to strive and add value both for the sector and the Greek society.

SETE’s visit to Brussels aims to strengthen the position of Greek tourism in Brussels, where important decisions are made for Europe. The confederation intends to inform Commissioners that are directly or indirectly involved in tourism on the positive impact that the sector has on the Greek economy and society.