Actions, measures and investments needed to build on the momentum in tourism and establish growth in the sector was the focus of a day event organized by the American College of Thessaloniki (ACT) and held at the Makedonia Palace Hotel last month. 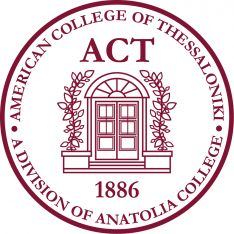 Under the auspices of the Greek Tourism Confederation (SETE), the event titled “The Tourism of Tomorrow” is part of a series of ACT academic programs in tourism aiming to strengthen the sector.

During the event, the Thessaloniki Convention Bureau (TCB) and ACT signed a memorandum of cooperation foreseeing the participation of the academic community in MICE initiatives as well as its participation in volunteerism events.

Issues explored include the negative impact of sharing economy apps and practices such as Uber or Airbnb; the future of the hotel experience; the role of social media in tourism expansion; the need to improve services offered and ensure they are marketed and promoted extensively; the necessity to draw up plans for Thessaloniki and facilitate investments including participation of large hotel chains; experiential tourism and how this can take shape in times of mass tourism; and the presentation of ACT research on the islands of Rhodes and Lesvos. 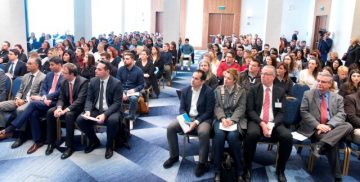 Referring to the crucial role of education towards the expansion of the sector, Anatolia College President Panos Vlachos said that ACT wishes to actively contribute and participate in the development of the tourism product, “creating
an alliance that will link academia with the market and industry professionals”.

Participating in the event were the municipality of Thessaloniki and its tourism department, the Hellenic Federation of Hoteliers (POX) and the Region of Central Macedonia, among others.