Nelios and Axia Hospitality have received multiple nominations in the Greek Hospitality Awards 2018, organized by Ethos Events for the fourth consecutive year to reward excellence in the hospitality sector. 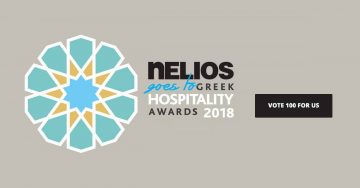 Additionally, Nelios and Axia Hospitality were jointly nominated for their “Hands Free Hotelier” product in the Best Greek Hotel Marketing Strategy category for their work with Minois Village. 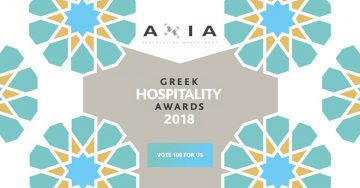 In an announcement, the companies said that the nominations reward their teams “for their daily effort and hard work that has led to the increase of the profitability of Greek hotels through effective sales and digital marketing strategies”.

The award ceremony of the Greek Hospitality Awards will take place on February 23 at the Divani Apollon Palace & Thalasso, in the coastal suburb of Vouliagmeni, south of Athens.

The voting procedure will last until February 15. To cast your vote press here.