Greece is expecting a higher number of Israeli tourists this year, following last year’s double-digit growth in arrivals from the country, according to the Greek National Tourism Organization (GNTO).

The forecast is based on discussions held by GNTO’s secretary general, Konstantinos Tsegas, with Israeli tourism professionals during the International Mediterranean Tourism Market (IMTM) in Tel Aviv that took place February 6-7 at the TLV Convention Center.

According to an announcement by the GNTO, following the strengthening of Greece-Israel bilateral relations in tourism in 2016, direct flights from Israel to Greek destinations saw an increase last year. 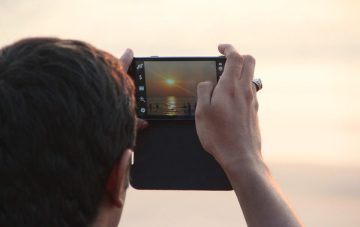 Air arrivals to Greece from Israel increased 15 percent to over 503,000, as shown by provisional data from the Ben Gurion airport and Greek airports.

“More flights and new direct links to more Greek destinations throughout 2018 are expected to lead to a further rise in Israeli tourists,” the GNTO said.

The GNTO participated in the IMTM 2018 exhibition with a 100-square-meter stand and hosted co-exhibitors including the regions of Epirus, Crete, the South Aegean, Thessaly, Central Macedonia, Greek hotel chains and travel agencies. 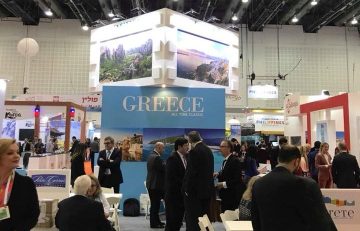 GNTO’s secretary general, Konstantinos Tsegas, and the head of the organization’s office in Israel, Harilaos Kalpidis, held a series of meetings with leading Israeli travel groups and discussed this year’s prospects and the possibilities for joint actions to boost flows from Israel and the inclusion of new Greek destinations in their travel programs. They also met with Hanny Sobol, president of the Israel Association of Travel Agencies & Consultants (ITTAA).