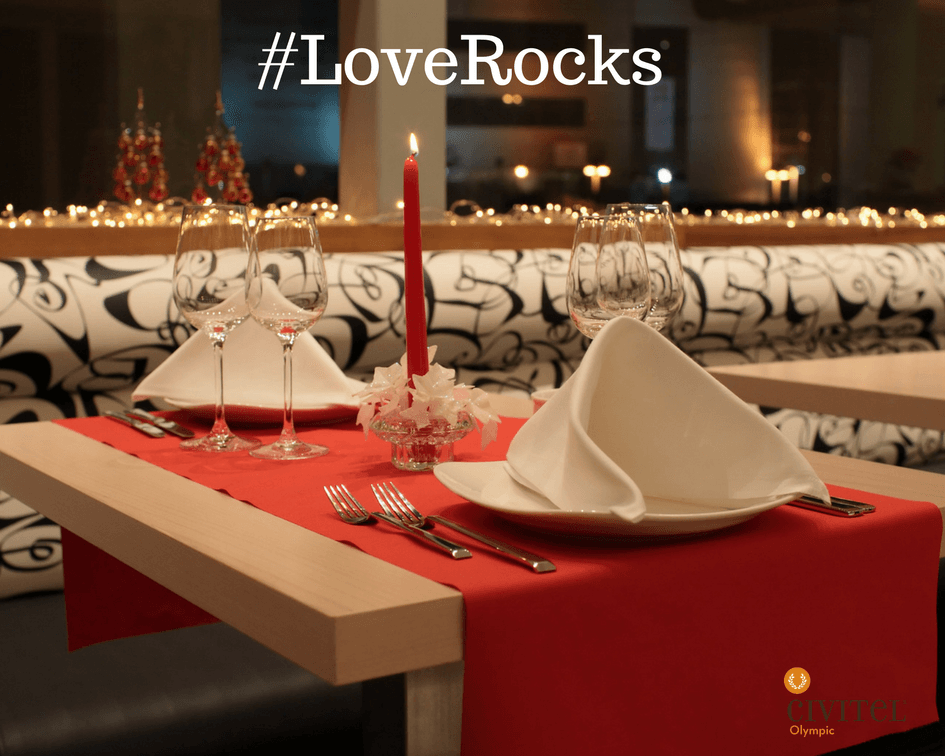 The Civitel Olympic Hotel in Maroussi has announced that it will hold a special “Love Rocks” event to celebrate “Valentine’s Day” on February 14.

Executive chef Kostas Georganztas has designed a seven course degustation menu to be served at the hotel’s awarded restaurant. The restaurant of the Civitel Olympic has been awarded as “Best Hotel Restaurant” by Estia Awards 2017.