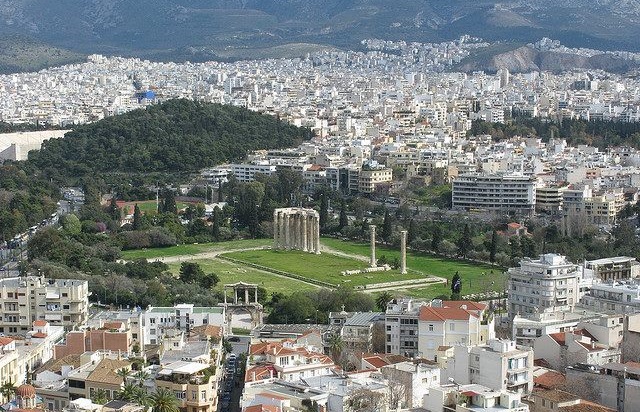 Athens. Photo Source: @This is Athens

Athens was recently recognized as one of the top conference destinations in Europe and honored with a “Certificate of Excellence” at the Meetings Star Awards 2017, which was recently held within the framework of the Conventa 2017 trade show in Ljubljana, Slovenia.

Organized by Kongres Magazine, Conventa is considered one of the leading European trade shows. This year’s Meetings Star Awards were given to destinations, hotels, conference venues, as well as events held in major European cities.

Athens was honored in the “XL Meetings” category, which features the largest European meeting destinations that have exceptionally developed congress infrastructure and excellent aviation links. These destinations are are mainly important aviation hubs and can host over 2,000 congress participants.

The “Certificate of Excellence” was received by representatives of the Athens Development and Destination Management Agency (ADDMA), the municipality’s organization responsible for the promotion of the Greek capital as a tourism destination. “Through the Athens Convention and Visitors Bureau (ACVB) we have been trying to bring local tourism professionals closer to representatives of the foreign tourism market, tour operators, journalists and travel bloggers,” Alexis Galinos, CEO of ADDMA told the Athens – Macedonian News Agency (AMNA).

It should be mentioned that Athens will host a number of conferences and events in 2018 and 2019, as part of ACVB’s efforts to promote the Greek capital as an attractive congress and city break destination. “Athens’ awards and especially the record number of arrivals at 5 million in 2017 prove that our strategy works,” Galinos added.

Furthermore, according to the Top 100 City Destination Ranking WTM London Edition, released by Euromonitor International, Athens and the Cretan city of Heraklion are forecast to be the strongest performing cities in Europe in 2017.