Greek airline Sky Express this summer will expand its network with the addition of four new domestic destinations, connecting Athens with Alexandroupolis, Kefallonia, Mytilini and Samos.

More specifically, as of May 1, Sky Express will launch the Athens-Alexandroupoli and the Athens-Kefallonia routes, while itineraries connecting the Greek capital with Mytilini and Samos will start on July 16. 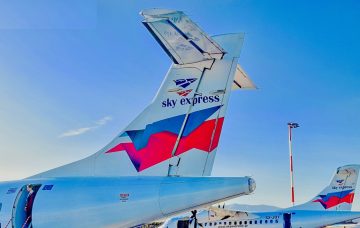 “We connect all corners of Greece to meet the needs of the local communities, thus contributing to the development of tourism,” said Sky Express CEO Charis Botsaris.

In an announcement, the company said its fleet will grow even further in the coming months to fully serve the summer program, which is expected to increase by about 70 percent over the previous year. Sky Express recently received two new privately owned ATR72-500 aircrafts of 70 seats, while it will soon add a new ATR42-500 to its fleet.

According to Botsaris, the airline will continue to expand its presence and strengthen even more its position in the Greek aviation market.