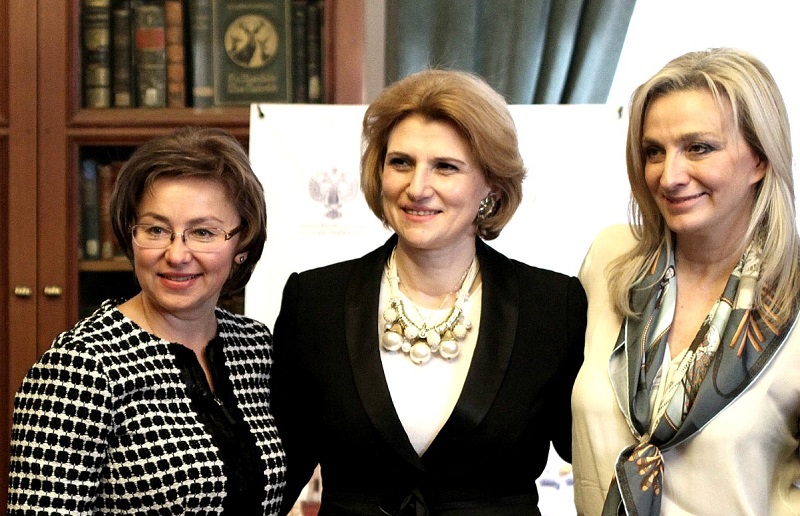 The vice president of the Greek National Tourism Organization (GNTO), Angeliki Chondromatidou (R), with the director of the Department of Tourism and Regional Policy of the Ministry of Culture of the Russian Federation, Olga Yarilova (L).

The Greece-Russia Year of Tourism 2017-2018 kicked off dynamically last week with a two-day forum in Moscow, of regional officials from both countries aiming to promote bilateral cooperation and boost tourism.

Jointly organized by the Greek tourism ministry and Russia’s culture ministry, the event titled “A Different Greece” is the first in a series of actions aiming to strengthen cooperation in the field of tourism and culture.

Nine regional authorities from Greece and 30 from Russia as well as ministers, executive officials, mayors and tourism professionals participated in the event. 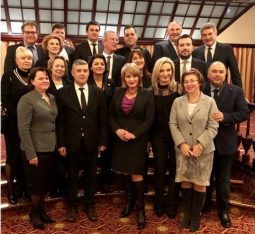 The Greek delegation at the “Different Greece” forum in Moscow with the Deputy Minister of Culture and responsible for tourism, Alla Manilova.

Joint initiatives in the area of tourism will be the focus of the year-long events, which include a religious tourism forum, cultural meetings and a business summit aiming to attract investments, medical, wellness, sports, youth and school tourism programs and how the two countries can benefit from the exchange.

The “A Different Greece” forum focused on regional tourism offerings and on a new range of year-round theme-oriented tourism products aimed at Russian travelers. Delegates had the chance to exchange business ideas, know-how and network during B2B meetings and workshops.

The two ministers, meanwhile, examined the introduction of two-week holiday packages to Greece, in the spring and fall for employees in Northern Russian industries. They also discussed cooperation on a regional level and laid the groundwork for the relevant agreements to be signed in June during another Greek-Russian forum to take place in Greece.

New Luxury Hotels to Open on the Greek Islands in 2018