Greece and Italy have launched a three-year cooperation aiming to further strengthen the cultural ties of both countries. The announcement follows the memorandum of cooperation οn culture signed last September between the two countries.

The new agreement sees the major cultural organizations of Greece and Italy (national theaters, major theater and dance festivals, concert halls) cooperating for artistic exchanges, co-productions and educational programs in the fields of theater, opera, music and dance. The cooperation will run until 2020.

“The aim of the Culture Ministry is to strengthen and further develop the cultural ties between the two countries that share common values, by capitalizing on the great cultural heritage and modern creativity,” the ministry said. 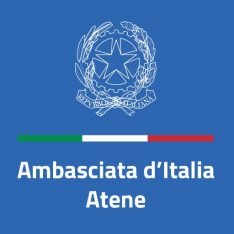 According to the agreement, the Italian Embassy in Greece and the Istituto Italiano di Cultura di Atene will launch a series of activities this spring in the field of cultural heritage, contemporary art, literature and cinema (including the first complete retrospective by Pier Paolo Pazolinini in Greece, organized by the Greek Film Archive, in collaboration with “Cineteca Nazionale di Bologna” and “Istituto Luce”).

Moreover, the Greek National Opera and the Rossini Opera Festival of Pesaro on September 16 will co-produce a concert dedicated to Italian composer Gioachino Rossini, as part of the 150th anniversary celebrations since Rossini passed. The collaboration is said to lay the foundations for new partnerships between the two institutions.