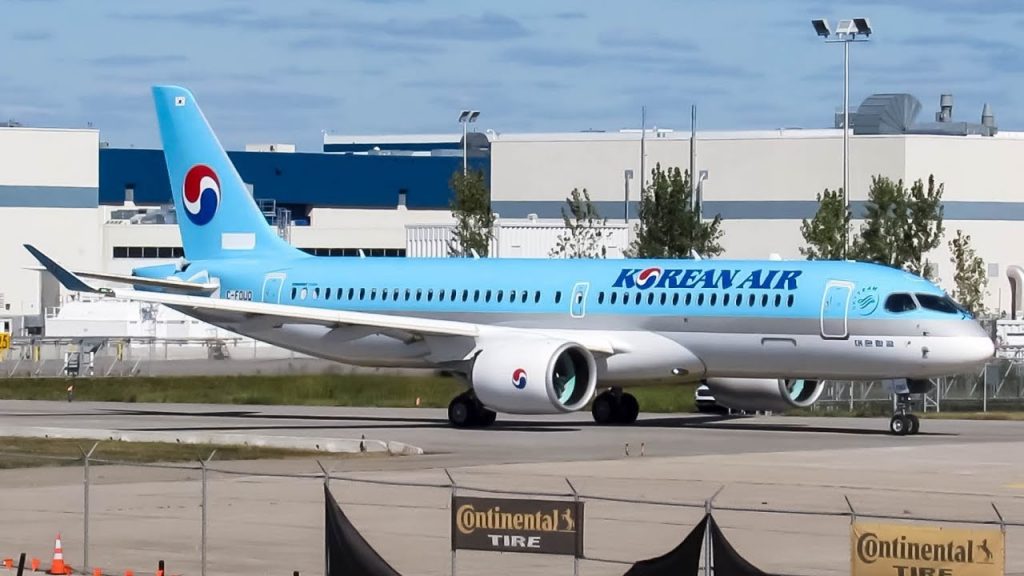 Seoul-based Korean Air has filed plans to introduce Bombardier’s CS300 series aircraft into its Korean domestic network as of late January. The Korean airline received two CS300’s last month and has another eight of the aircraft on order. 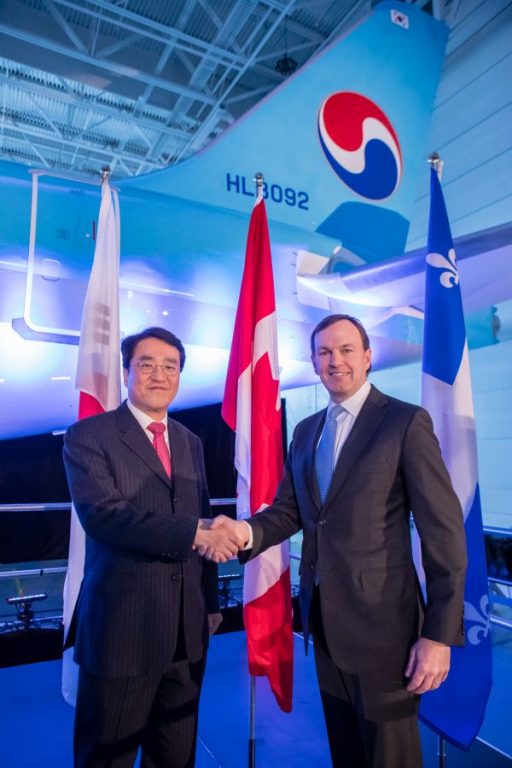 The CS300’s will allow Korean Air to allocate its larger single-aisle jets and wide body aircraft to routes requiring their capacity. The Bombardier jets will allow the airline more flexibility in its regional routes.

Set to enter service as of January 20, the CS300 aircraft will be based out of Seoul Gimpo, with the airline planning operating the type on routes to Pohang, Ulsan, Jinju, Jeju and Yeosu. Korean Air may later take advantage of the CS300 aircraft’s range and expand internationally.

The 127-seat CS300’s will also allow the airline to introduce Premium Economy class to its fleet. With the single isle dual class configuration, customers will be able to enjoy a wider pitch (4 inches wider) and a wider seat width of 19 inches.

“When we selected the aircraft in 2011, we knew it would be a great addition to our fleet,” the airline’s Chief Technology Officer, Soo-Keun Lee, said when receiving the first CS300 aircraft in December 2017, adding that it is the most efficient aircraft in its class that offers “outstanding” passenger comfort.

The CS300 is renowned for its excellent fuel efficiency and shows a 75 percent smaller noise footprint compared to similar sized aircraft.