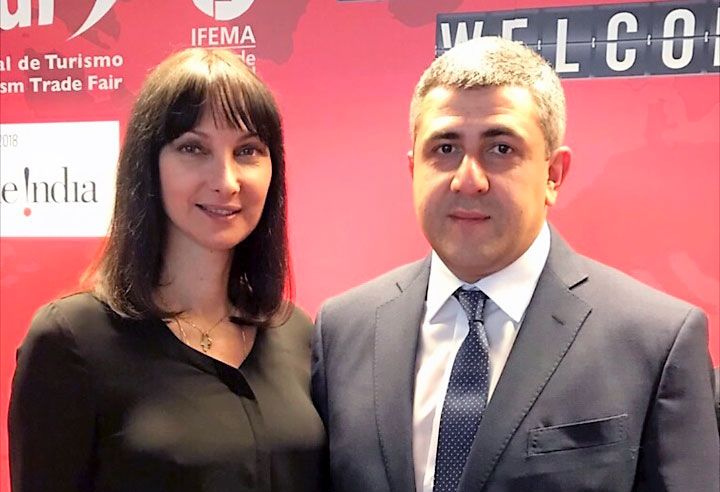 Greece and the United Nations World Tourism Organization (UNWTO) have agreed to further strengthen their cooperation, an announcement said on Thursday.

During the meeting, Kountoura and Pololikashvili discussed further strengthening the Greek Tourism Ministry’s cooperation with the UNWTO following Greece’s election to the organization’s Executive Council for the 2018 – 2021 four-year term.

Minister Kountoura also invited the UNWTO Secretary General to participate in the European Bank for Reconstruction and Development (EBRD) tourism forum to be held in late April in Athens. Pololikashvili confirmed that he will attend the forum, which will be held with the support of the UNWTO and the Greek Tourism Ministry.

The Greek tourism minister is currently in Madrid promoting Greece at the FITUR 2018 trade show, which opened on Wednesday and will run until Sunday.

Taking place in the Ifema trade fair center of Madrid, FITUR is a global meeting point for tourism professionals and the leading trade fair for inbound and outbound Ibero American markets. The Greek National Tourism Organization (GNTO) is attending the exhibition with its own stand.

On the exhibition’s opening day Kountoura had a brief meeting with King Felipe VI of Spain and Queen Letizia during a special event of Spain’s royal family at El Pardo Palace, held in honor of the ministers and officials representing countries at the FITUR trade fair.

Moreover, Kountoura held a bilateral meeting with her Bulgarian counterpart, Nikolina Angelkova, and discussed the prospects for strengthening the tourism cooperation between Greece and Bulgaria. The Greek tourism minister accepted an invitation by Angelkova to participate in the meeting of Tourism Ministers on February 13 in Sofia under the Bulgarian Presidency of the EU.