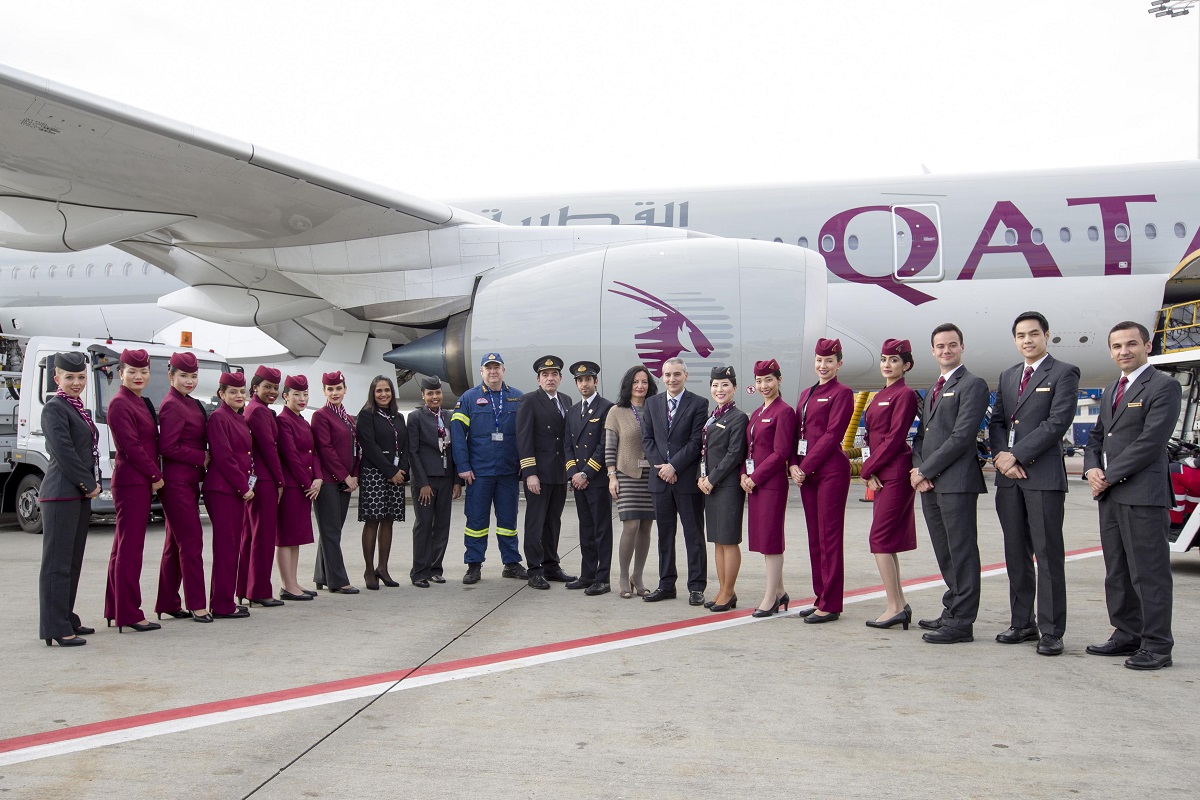 Qatar Airways on Monday, for the first time flew the state-of-the-art Airbus A350 to Greece. The airline temporarily upgraded its current triple-daily service to Athens to an ultra-modern A350, with the arrival of the flight greeted by a water canon salute at the Athens International Airport (AIA).

“We are extremely proud to be the first airline to fly the Airbus A350 to Greece. Athens is a key destination on our European network,” said Qatar Airways Group chief executive Akbar Al Baker, also adding that the airline will soon launch direct services to Thessaloniki.

Qatar Airways was the global launch customer of the Airbus A350 in January 2015 and today operates 22 aircraft of this type across its global network to destinations including Adelaide, Brussels, Geneva, Singapore and Tokyo.

The Airbus A350 aircraft features a total of 283 seats, with 36 Business class seats and 247 in Economy Class. Thanks to the extra-wide cabin design, passengers on board are offered unparalleled comfort in both cabins, with Business Class fully flat beds and spacious seats in Economy Class.

The airline will also shortly be the launch customer for the state-of-the-art A350-1000. 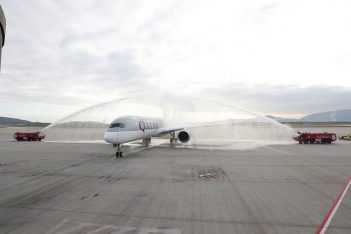 Qatar Airways in March will launch non-stop flights to Thessaloniki, its second destination in Greece. The four-times weekly new service between Doha and Thessaloniki will be operated by an Airbus A320 aircraft, featuring 12 seats in Business Class and 132 seats in Economy Class.

Qatar Airways connects passengers in Greece to more than 150 destinations via its award-winning Hamad International Airport, and also offers seamless connecting flights to its extensive global network of more than 150 destinations across six continents. As part of its continued expansion plans, the airline is planning to launch flights to Penang, Malaysia, Canberra, Australia and Cardiff, Wales in 2018.