Visitors to Greek museums and archaeological sites reached 13.5 million during the first nine months of 2017, which is up by 17.8 percent compared with the same period in 2016.

According to data released by the Hellenic Statistical Authority (ELSTAT), revenues from receipts increased by 18,4 percent and reached 86.2 million euros. 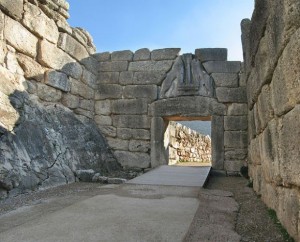 The Acropolis Museum received 1.26 million visitors between January and September 2017, up by 14.7 percent compared with the first nine months of 2016.

Visitors to the National Archaeological Museum increased by 28.6 percent and reached 435,272. The Museum of Ancient Olympia welcomed 120,330 visitors up by 14.8 percent.

In regards to archaeological sites, Epidavros received 398,851 visitors which is up by 24.6 percent. Furthermore, visitors to the Acropolis of Mycenae and Atreus’ Treasure rose by 15.4 percent and reached 335,605.

In September 2017 the number of visitors at museums and archaeological sites increased by 12.3 percent and reached 2.1 million, compared to 1.87 million in the same month of 2016.