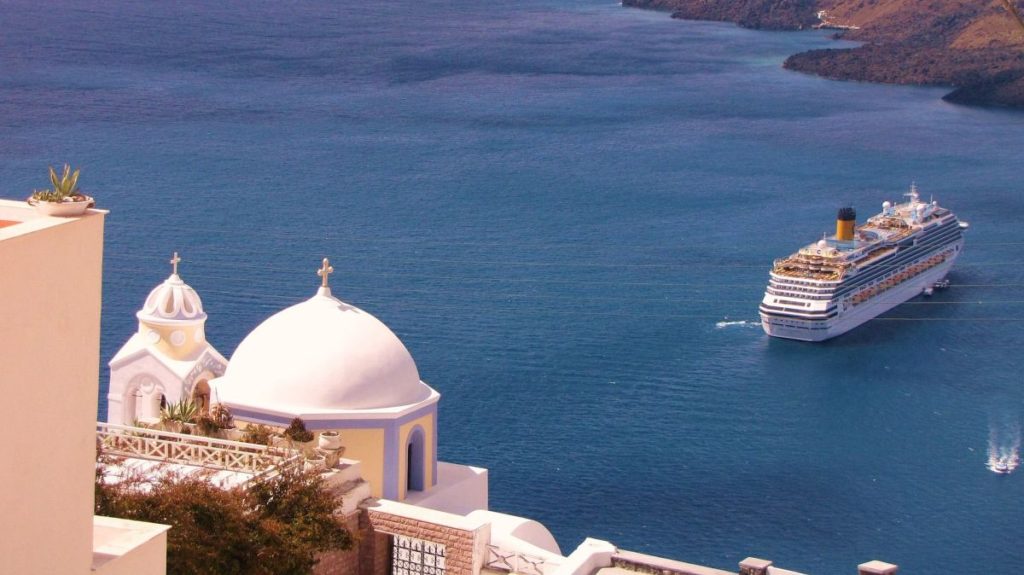 Santorini came in fourth on the list of top ten Greek cruise destinations in 2017, dropping from second place in 2016.

Cruise ship arrivals to Greek ports recorded a 20.5 percent drop in 2017 and cruise passenger visits were down by 11 percent, compared to the year before, the Hellenic Ports Association (ELIME) said on Thursday.

According to ELIME, the cruise ship arrivals and passenger visits were influenced last year by political instability and geopolitical developments in the wider East Mediterranean region and the ports of those countries.

However, the top ten Greek cruise destinations in 2017 remain the same as the previous years, with the port of Piraeus in first place welcoming 576 cruise ship arrivals with 1,055,559 passenger visits, compared with 625 vessel arrivals in 2016 with 1,094,135 passenger visits.

The port of Katakolo came in fifth place on the list of top 10 Greek cruise destinations in 2017, followed by Rhodes, Heraklion, Chania, Patmos and Kefalonia/Ithaki.

Greek Hotels to Go on the Auction Block in 2018