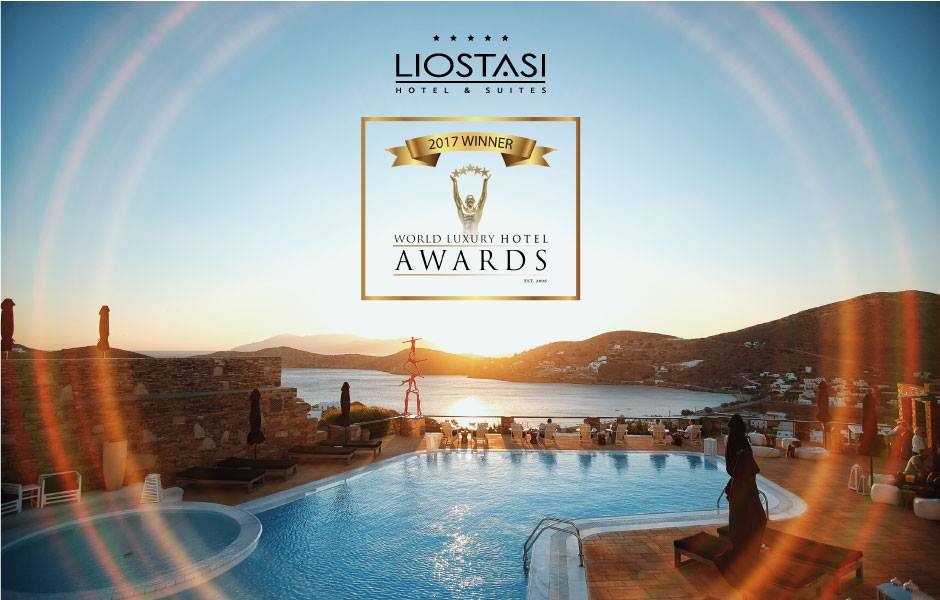 The five-star Liostasi Hotel & Suites, located on the island of Ios, sealed the year 2017 with the win of three accolades at the World Luxury Hotel Awards.

The World Luxury Hotel Awards is considered the pinnacle of achievement in the luxury hotel industry. “Only two Greek hotels have been named best in Europe in three categories, which indicates that Liostasi has rapidly grown and is now included among the ‘elite’ hotels in Europe,” Liostasi said in an announcement.

“The first of the three accolades was awarded to us due to Ios’ natural beauty and magnificent sunset – one of the most impressive in the Mediterranean,” Liostasi owner Artemis Denaxas said.

“The other two awards are the result of persistent, systematic work, which every year brings even better results. Congratulations first to our staff and associates, as thanks to their professionalism and cordiality our guests enjoy beautiful, unforgettable vacation experiences. Our goal for 2018 is to offer even better services and continue to promote Ios as a quality tourism destination,” he added.

Part of the Small Luxury hotels of the World, the Liostasi Hotel & Suites is located between the port and Ios’ main town and is distinguished for its romantic design, its high-quality cuisine and its breathtaking view.

In 2017 the hotel proceeded with a number of changes and upgrades. Apart from the total makeover and expansion of the spa facilities, the hotel took a major step towards upgrading its restaurant by starting a collaboration with award-winning Greek chef Lefteris Lazarou. The hotel’s plans for 2018 include the refurbishment of the reception area.