Ways of promoting Greece as a health tourism destination and the development opportunities that arise for the country’s local authorities will be discussed during a conference titled “Health Tourism and Local Authority”, which will take place on January 8, at the Hilton Hotel in Athens.

Held within the framework of the “Money Show”, the conference is organized by the International Health Tourism Center (IHTC), under the auspices of the Central Union of Municipalities of Greece (KEDE). 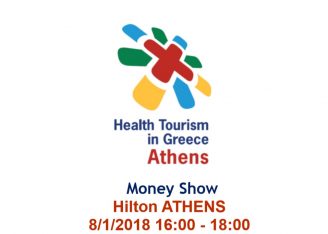 In his opening remarks, George Patoulis, president of IHTC and KEDE, will speak of the national plan needed to develop health tourism in Greece. Other issues to be discussed include Greece’s collaboration with Bulgaria in medical tourism; the cooperation of health units with spa towns; artificial insemination as a medical tourism product and ways of developing dental tourism.

The conference’s participants include representatives of the local authorities and prominent scientists, among them Giannis Karagiannis, president of the Hellenic Association of Municipalities with Thermal Springs; Konstantinos Pantos, Scientific Director of the Genesis Athens Clinic and Nikolaos Kouvelas president of the Athens Dental Tourism Cluster.

The conference is co-organized by the Νational Intermunicipal Network of Healthy Cities and the Greek Health Tourism Association.

‘Cultural Route of Epirus’ to Launch in October 2018