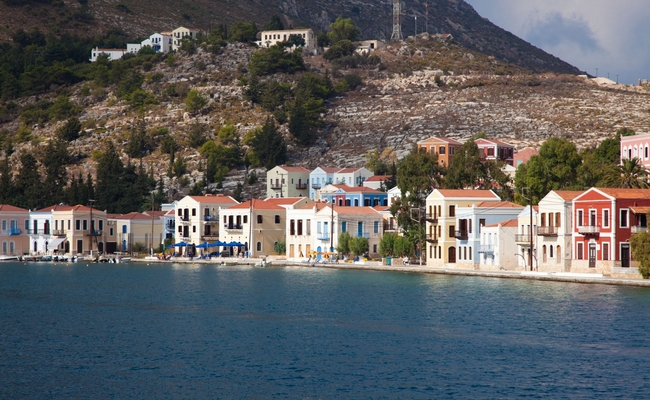 Kastellorizo is among the Greek islands that will revert to increased value-added tax (VAT) rates as of January 1, 2018.

Greece’s tourism sector is set to bear the brunt of the country’s economic recovery according to the economy ministry’s latest set of measures to take effect in 2018.

Airbnb-style rentals, a stayover tax and uniform VAT rates across Greece (no exception for the islands) are among eight new measures aiming to boost weak state coffers by 951 million euros.

Lastly, residents and business owners on 32 Greek islands in the Dodecanese and North Aegean Region, as of 2018 will pay more for services and products as they revert to increased value-added tax (VAT) rates (27 islands will see their VAT rates rise as of January 1 and the measure will be imposed on the remaining five islands as of June 30). The new rates will go from the current 5 percent, 9 percent and 17 percent to 6 percent, 13 percent and 24 percent, respectively. Indicatively, prices for medication, books, magazines and newspapers will increase by 1.5 percent after a 6 percent VAT increase on these islands.

Others to shoulder the weight of the economy ministry’s 2018 set of measures are pensioners.