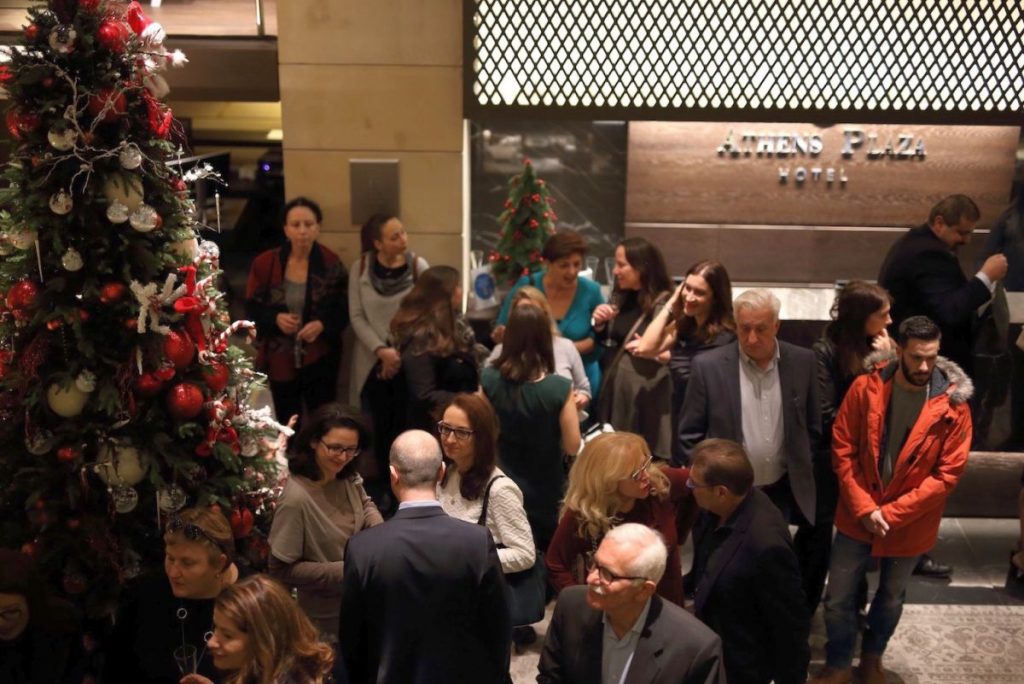 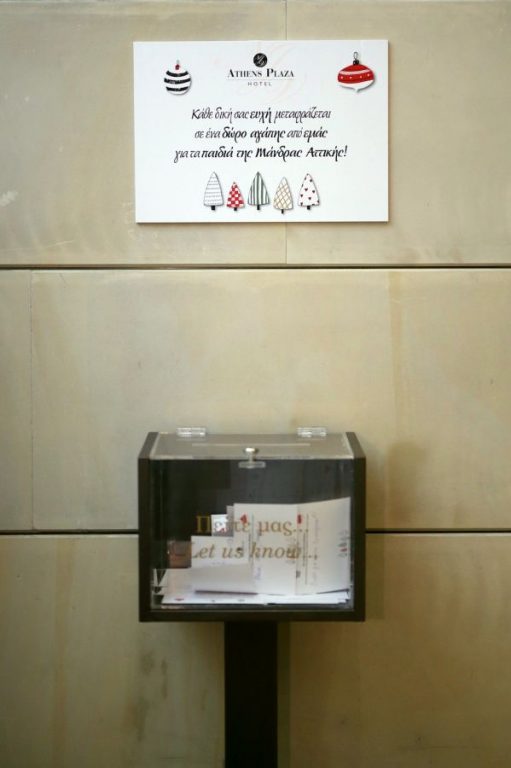 The sign above the wish box reads: “Every wish of yours is a gift of love from us to the children of Mandra”.

True to the giving spirit of the Christmas season, the five-star NJV Athens Plaza held a charity Christmas tree lighting event collecting gifts for the children of Mandra, which was ravaged last month by fatal floods.

More than 300 people attended the party held in the NJV Athens Plaza’s renovated lobby where there was plenty of song, dance and holiday cheer. Guests were invited to send a Christmas wish (photo, right) with a gift to a child in the Mandra region. 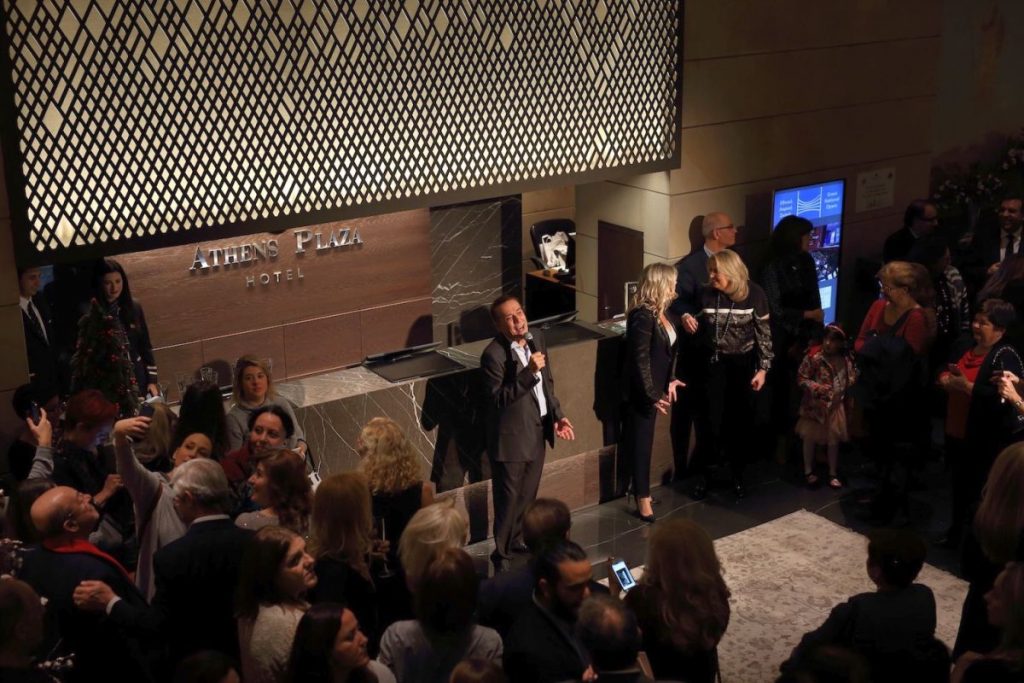 “It was a very interesting year, which has come to a close in the most beautiful way,” said Afroditi Arvaniti, managing director and GM NJV Athens Plaza. 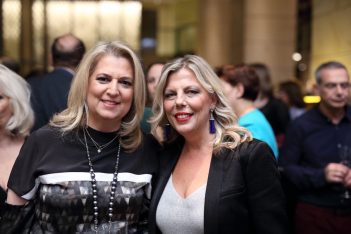 “Our partners honored us with their presence celebrating together the beginning of the festive season. Everyone’s warm response and participation in the charity part of the event was touching as we prepare to deliver the gifts to the children of Mandra,” Arvaniti said.

The NJV Athens Plaza underwent extensive renovations in tune with the changing times and demands of its clients and is ready to usher in 2018 with even more luxury offerings and the finest hospitality.