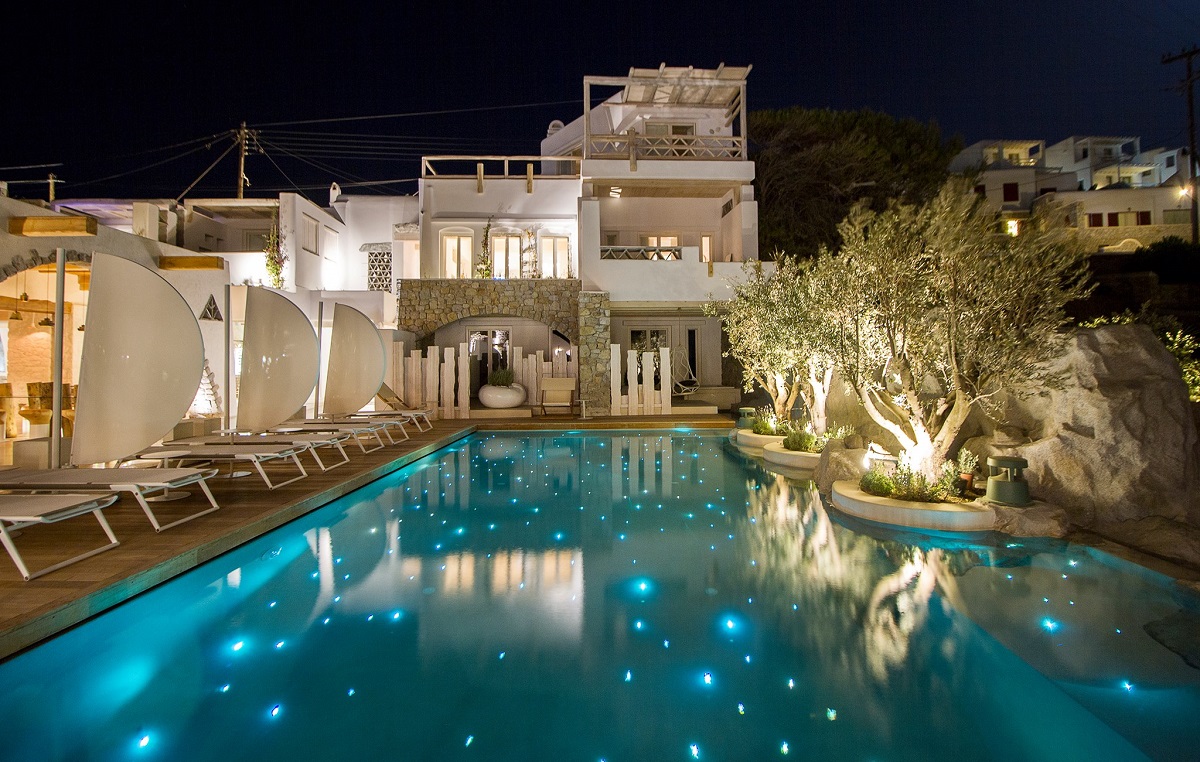 The Kenshō Boutique Hotel & Suites, located on the Cycladic island of Mykonos, recently received another international distinction, as it has been named Best “Luxury Architecture Design Hotel in Southern Europe” at the 2017 World Luxury Hotel Awards.

“What a splendid way to celebrate Kenshō’s dedication to inspiring design and unique architecture; always a special and memorable journey for each and every guest,” the hotel said in an announcement.

Established in 2006, the World Luxury Hotel Awards is the pinnacle of achievement in the luxury hotel industry, offering international recognition as voted by guests, travelers and industry players alike. Over 300,000 international travelers vote each year, during a four-week period to select the winners,  across 99 different categories.

The Kenshō Boutique Hotel & Suites has also been named Best New Hotel in the World and in Europe at the World Boutique Hotel Awards 2017. The five-star hotel offers 25 luxurious rooms and 10 suites and is located within a four-minute walk from the center of Ornos and a four km drive from the town of Mykonos.