Lampsa Hellenic Hotels SA has successfully completed its investment projects in the center of Athens, marking its long-lasting presence in the tourism sector, the company said in an announcement. 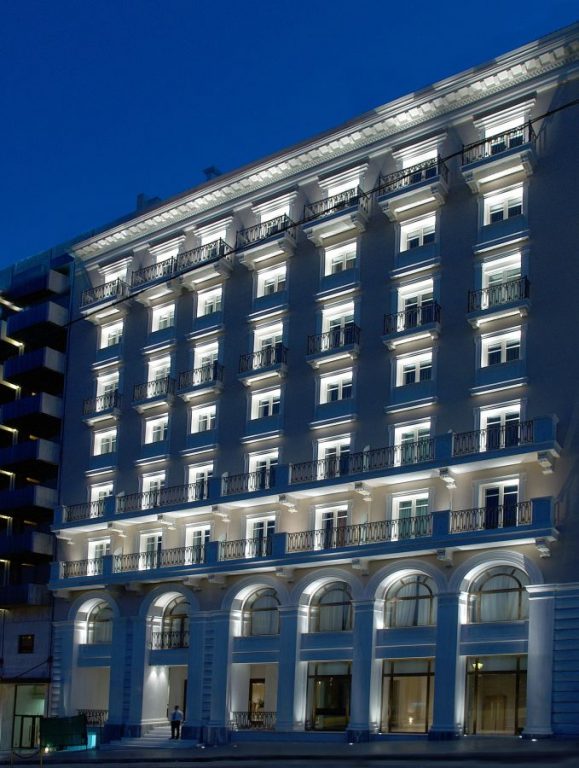 Lampsa made the announcement following the official completion on Thursday of the acquisition of the 102-room historic King George Hotel for a total purchase price of 43 million euros. The Athens hotel had been leased to Lampsa from 2013 and was operated in conjunction with the company’s nearby Hotel Grande Bretagne.

The official purchase of the King George, follows the company’s formal completion of the long-term lease agreement for the building that once housed the historic Kings Palace Hotel, owned by the fund of former Agrotiki Bank employees (ATEbank). Lampsa recently announced plans to renovate the nine-storey property and run it as a new upscale hotel in about two years time.

Lampsa said that it managed to complete all of its investment plans in Athens despite all the troubles of the Greek economic crisis.

Lampsa, of the Laskaridis Group, has been listed on the Stock Exchange since 1946 and also owns the Sheraton Hotel on Rhodes, the Hyatt Regency and the Mercure Excelsior in Belgrade.