Electra Hotels Recognized as ‘Treasure of Greek Tourism’ for 2017 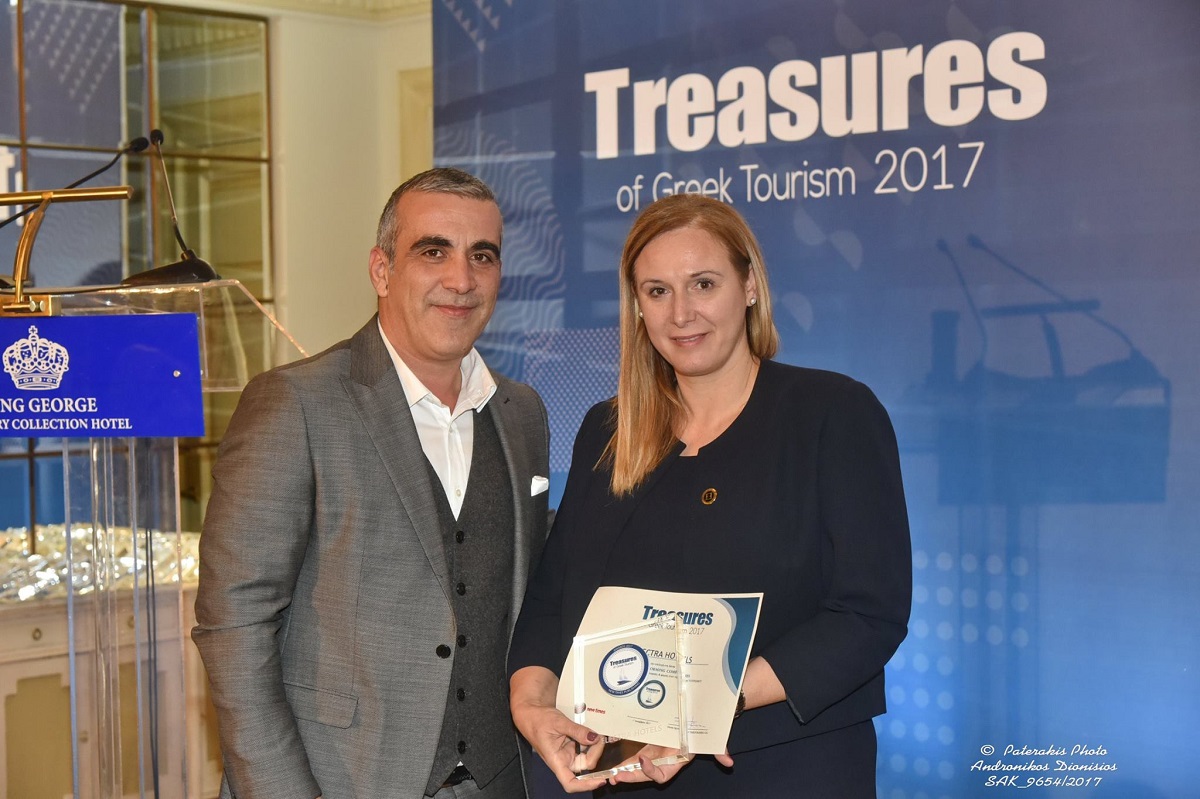 The Electra Hotels & Resorts group has received one more accolade for its healthy growth at the “Treasures of Greek Tourism 2017” awards.

The award was received by Kalliopi Karantemiri, human resources director at ‎Electra Hotels and Resorts, during a ceremony recently held in Athens.

Organized by New Times Publishing, the awards recognize the Greek enterprises that promote Greece’s’ positive image abroad through their work and offer new jobs, thus contribute to Greece’s economy and efforts to confront the crisis.

“Since 1965 that the first Electra hotel was established, the group’s history is strongly connected with the warm luxury services offered at its five hotels in Athens, Thessaloniki and on the island of Rhodes,” the Electra Hotels & Resorts said in an announcement.

With the opening of the Electra Metropolis Athens a year ago, the “group has dynamically entered a new era, also working towards meeting the demands of the modern traveler. The hotel’s performance during its first year of operation has been exceptional. Furthermore, the good performance all Electra hotels justifies the management’s decision to proceed with such a significant investment, while looking into the future with optimism,” the announcement underlined.

During the past five decades, the Electra Hotels & Resorts group has hosted more than 6.5 million discerning travelers in its properties.