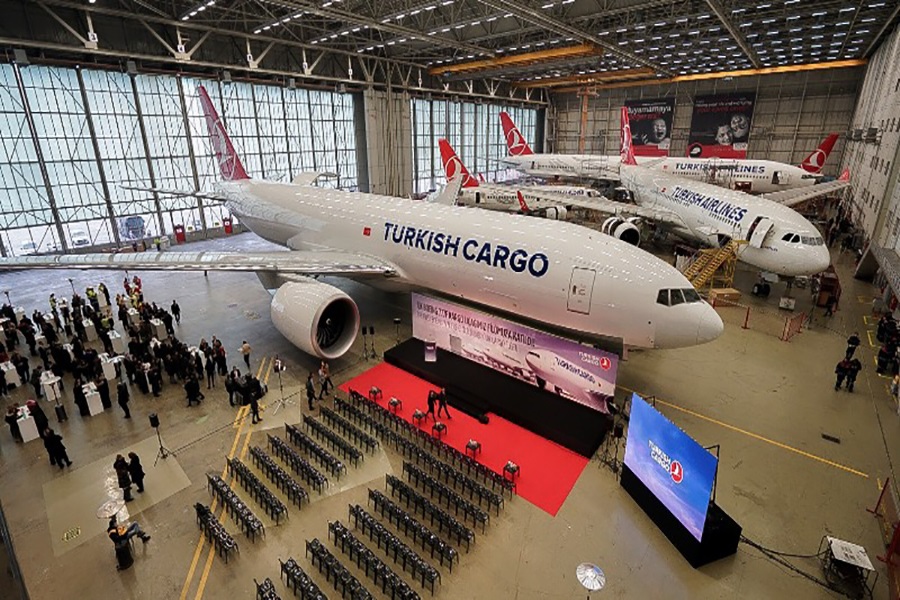 Turkish Airlines recently had a Boeing 777 Freighter delivered, which is the first of two 777 Freighters the airline has on order for this year.

“The delivery of our first 777 Freighter is a milestone event in our cargo business,” said M. İlker Aycı, chairman of the Board and the Executive Committee of Turkish Airlines.

Turkish Cargo, a sub-brand of Turkish Airlines, has increased the freighter destinations served from 55 to 73 from the beginning of this year, reaching approximately 1 million tons of cargo, which is up by 29 percent compared to the same period in 2016.

“It is surely beyond doubt that this is a remarkable success. We’re sure that this significant delivery, which will bring great value to our rapidly growing cargo operations, will also enable our leading sub-brand to further compete, expand and reach new short and long-range destinations from our hub in Istanbul,” Ayci added.

According to an announcement, the 777 Freighter, the world’s longest-range-twin-engine freighter, is based on the technologically advanced 777-200LR (Longer Range) passenger airplane and can fly 4,900 nautical miles (9,070 kilometers) with a full payload of 112 tons (102 metric tonnes or 102,000 kg).

Based in Istanbul, Turkish Airlines carries over 60 million passengers a year, with direct flights to 300 destinations in 120 countries. The fleet of the carrier, including cargo aircraft, is expected to reach 500 aircraft by the end of 2023.