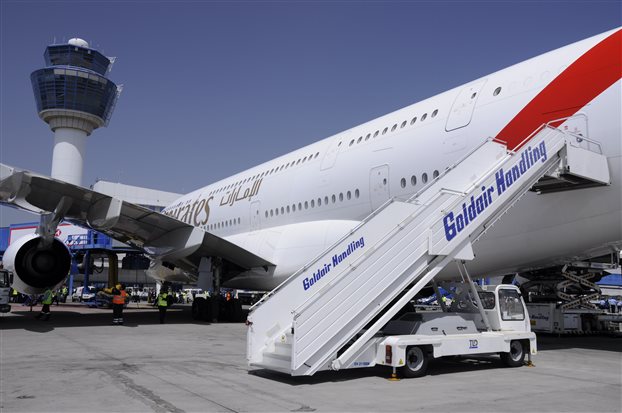 Greece’s positive tourism course this year helped Goldair Group maintain its steady growth path, which included the launch of strategic partnerships and significant investments in the sectors that its companies are active in. Goldair is one of the largest group of companies in the fields of tourism and transportation in Greece.

During an event on Tuesday in Athens, the Group’s representatives informed journalists that Greece’s positive tourism year and the increase of existing and new flights, boosted its ground handling services, Goldair Handling, to maintain its growth path in Greece and abroad.

This year the company achieved positive growth rates, boosted its turnover and at the same time made significant investments in equipment to better serve its airline partners.

According to the Group, in 2017 Goldair Handling served over 120,000 flights and significantly increased the number of jobs in both Athens and regional airports, which reached a record number of 3,100 employees for the company. 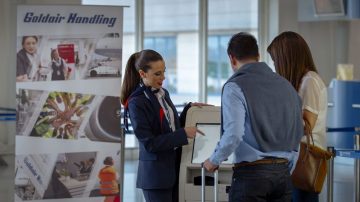 Furthermore, the company further strengthened its cooperation with Aegean/Olympic Air as it took over the ground handling of flights to 10 Greek destinations. Goldair now serves all of airline’s flights and cargoes at all Greek airports. 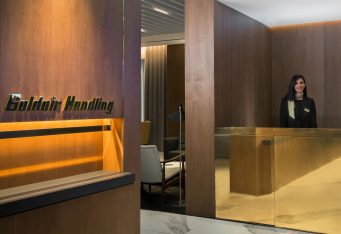 In regards to investments this year, the company purchased ground equipment worth six million euros and opened the doors of its upscale new distinguished passengers lounge at Athens International Airport, in the Extra Schengen area.

In 2017, Goldair Group’s airline services company — Goldair Airline Services – GSA — continued its track record in the passenger and cargo sector by representing over 25 foreign airline companies and providing a full range of services and facilities to promote and fully operate them in the Greek market. Regarding new cooperations, the company’s subsidiary APG HELLAS, signed an agreement as the general sales agent (GSA) of Xiamen Airlines in Greece.

Goldair Tourism, Goldair Group’s company for domestic and international tourism services, in 2017 continued to strengthen its position in the corporate travel and marine field with the launch of new collaborations in all business sectors. According to the company, the collaborations were met with a positive response from large industrial, commercial, banking and shipping companies. The company also maintained a steady course in organizing corporate travel in the pharmaceutical sector, concluding new deals with large companies for individual staff transfers.

This year the company sealed a significant investment opportunity as it part of a joint venture with ETVA VIPE for the construction and operation of the International Logistics Center at Thriasio in Attica (240,000 sqm), following a concession agreement for 50 years. ETVA VIPE is a leading company in the sector of Industrial Areas and Business Parks in Greece. According to Goldair, the construction of 120,000 sqm of the logistics center will begin in 2018. Construction of the 240,000 sqm is expected to be completed by the tenth year of the concession.

Akrotiri Event Brings Overtourism on Santorini into the Spotlight