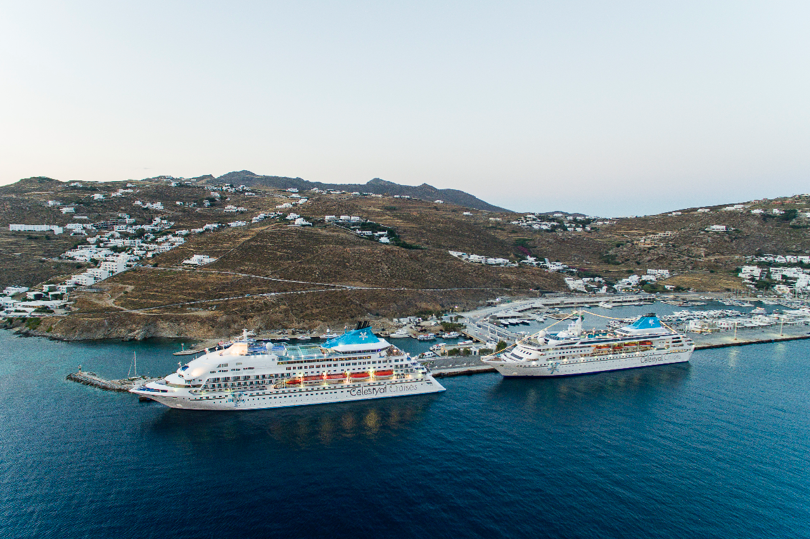 Celestyal Cruises, one of the leading cruise lines serving the Aegean islands, has announced plans to focus on the Greek and the Turkish markets in 2018 by extending the season and offering longer stays to more destinations.

The company’s goal is to be able to organize cruises in Greece year round by 2020.

Furthermore, the company is considering to revise its strategy and even exit the Cuban market by 2020.

“The current Trump policy regarding tourism from the US to Cuba appears negative,” Celestyal Cruises CEO Kerry Anastassiadis told reporters during a press conference on Wednesday. “The Greek market remains Celestyal’s priority… If we have to withdraw from Cuba in order to further expand our activities in Greece we will certainly do so,” he underlined.

During the last two years, the company has been promoting new Greek destinations, such as Milos, Chios and Ios. Celestyal will extend the 2018 season by two weeks, while in 2019 the company is planning to increase departures by 12 percent.

The company’s dependence on the US market has decreased from 60 percent in 2014 to 20 percent in 2017. “We have managed to enter new markets, such as Spain, Germany, France, China, Brazil and Australia, while 20% of our passengers are Greeks and Turks,” Anastasiadis said adding that the Turkish market has great potential. “If we could bring just 1 percent of the Turkish population on cruise to Greece, Celestyal Cruises would have to double its fleet,” he added.

The company is also planning to resume its Instabul itineraries, as soon as geopolitical stability returns and travelers overcome their hesitation.

Overtourism and the role of cruise travel