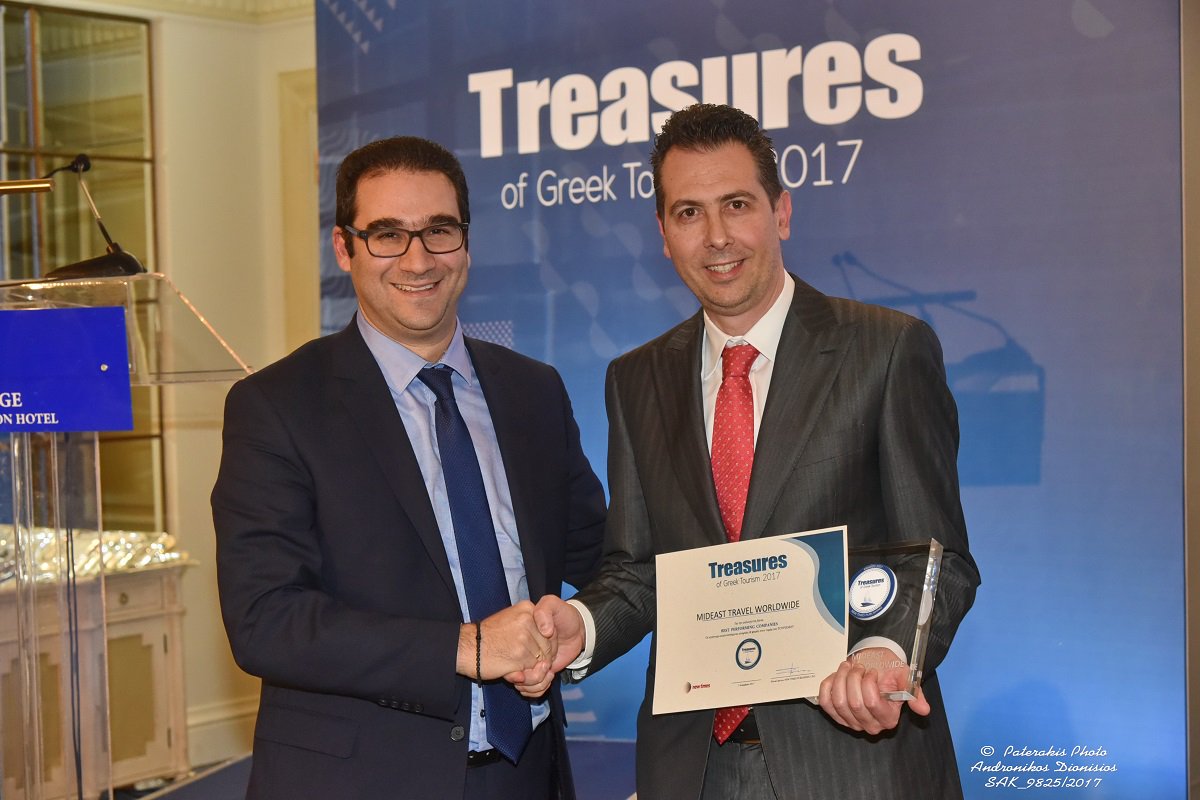 Athens-based Mideast Travel Worldwide was recently recognized as a “Treasure of Greek Tourism” for 2017 by New Times Publishing.

The newly-established “Treasures of Greek Tourism” awards recognize Greek tourism enterprises showing healthy growth. The evaluation process is based on specific financial indicators and criteria such as the company’s profitability, debt, liquidity and equity to foreign capital. Other factors also taken under consideration are the company’s invested capital, human resources policy and corporate social responsibility practices.

Mideast Travel commercial director Stelios Dimitriou received the accolade on behalf of the company and dedicated the award to its employees. “Mideast serves people – travelers or entrepreneurs – in a ‘Human to Human’ (H2H) level, which is very different compared to B2B or B2C. This is exactly the fine and also important line, which differentiates the company also enhancing its credibility and good reputation,” he said.

Dimitriou also requested everyone’s contribution to the efforts being made to further develop and improve the Greek tourism product. “We have excellent raw material in our hands and it is up to us to further utilize it,” he said.

The company has received numerous distinctions for the quality of the services offered on a national and European level. It has been honored at the World Travel Awards as “Greece’s Leading Destination Management Company” for four consecutive years, between 2014 and 2017.