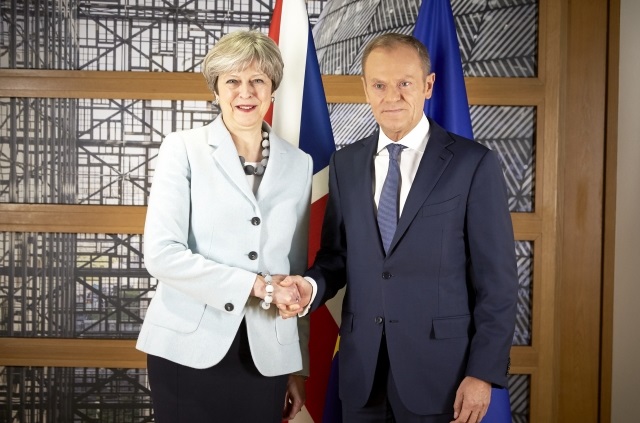 Satisfied with the progress made in Brexit talks thus far, European Council President Donald Tusk said earlier today that the most difficult challenge still lies ahead.

“I’ve sent Brexit guidelines for second phase to EU27 leaders. While being satisfied with today’s agreement, let’s remember that the most difficult challenge is still ahead. Breaking up is hard. But breaking up and building a new relationship is much harder,” Tusk said via his twitter account early on Friday morning after Britain and the EU agreed on the initial terms defining the “break-up”.

Talks are paving the way for EU leaders to reach an agreement at a summit on December 15, to unlock the next phase and open negotiations on future trade. Britain is calling for a transition period.

Thorny issues in the ongoing talks between British Prime Minister Theresa May and the EU include the UK’s budget commitments to the European Union in the years to come; how the rights of European citizens will be guaranteed in post-Brexit Britain; disagreement over borders between Northern Ireland and Ireland, as well as free trade agreements.

“It hasn’t been easy for either side,” May said at a news conference in Brussels, adding that it was “a hard-won agreement in all our interests”.

In the meantime, European Commission President Jean-Claude Juncker said he would recommend EU leaders approve unlocking the next phase of talks when they meet next Friday.

The deal will not be finalized until the very end of the full Brexit negotiations. March 2019 is the Brexit deadline.

Erdogan and Tsipras Agree to Disagree