Erdogan and Tsipras Agree to Disagree 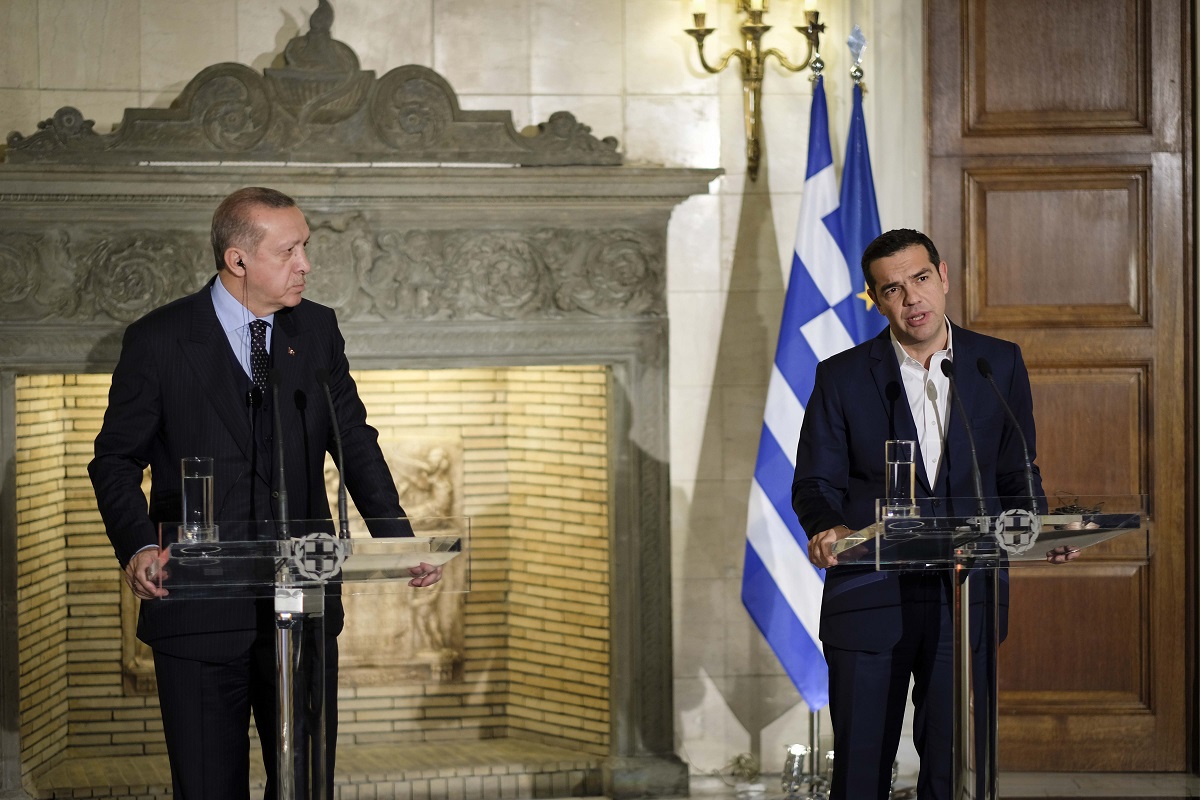 The issue of Cyprus, the refugee crisis, disputes about uninhabited Aegean islets, airspace violations, a Supreme Court decision blocking the extradition of eight Turkish soldiers and a series of other bilateral concerns topped the agenda of Turkish President Recep Tayyip Erdogan’s meeting in Athens with Greek Prime Minister Alexis Tsipras on Thursday.

The two-day visit under extremely tight security measures marks the first official visit to Greece by a Turkish head of state in 65 years with both sides hoping to improve bilateral relations. 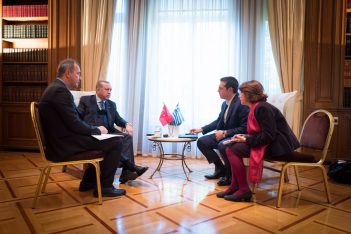 The talks focused on a series of sensitive diplomatic issues between the two NATO members, which have been at loggerheads for decades including among others Erdogan’s call for an “update” to the 1923 Treaty of Lausanne, which settled Turkey’s borders after World War I and has safeguarded peace between the two nations ever since.

Greek President Prokopis Pavlopoulos was quick to respond that “the Treaty of Lausanne defines the territory and the sovereignty of Greece, and of the European Union, and this treaty is non-negotiable. It has no flaws, it does not need to be reviewed, or updated.”

Political analysts and media reports underlined the confrontational tone of the talks which concluded with Tsipras saying that both countries agreed to launch “confidence building measures” adding that it was important to talk calmly about their divergent viewpoints.

“We need to express our differences and our disputes in a constructive manner, without hyperbole or provocation and with respect to the other side’s opinion,” Tsipras said.

ASTA Destination Expo 2018 Expected to Double US Travel to Greece