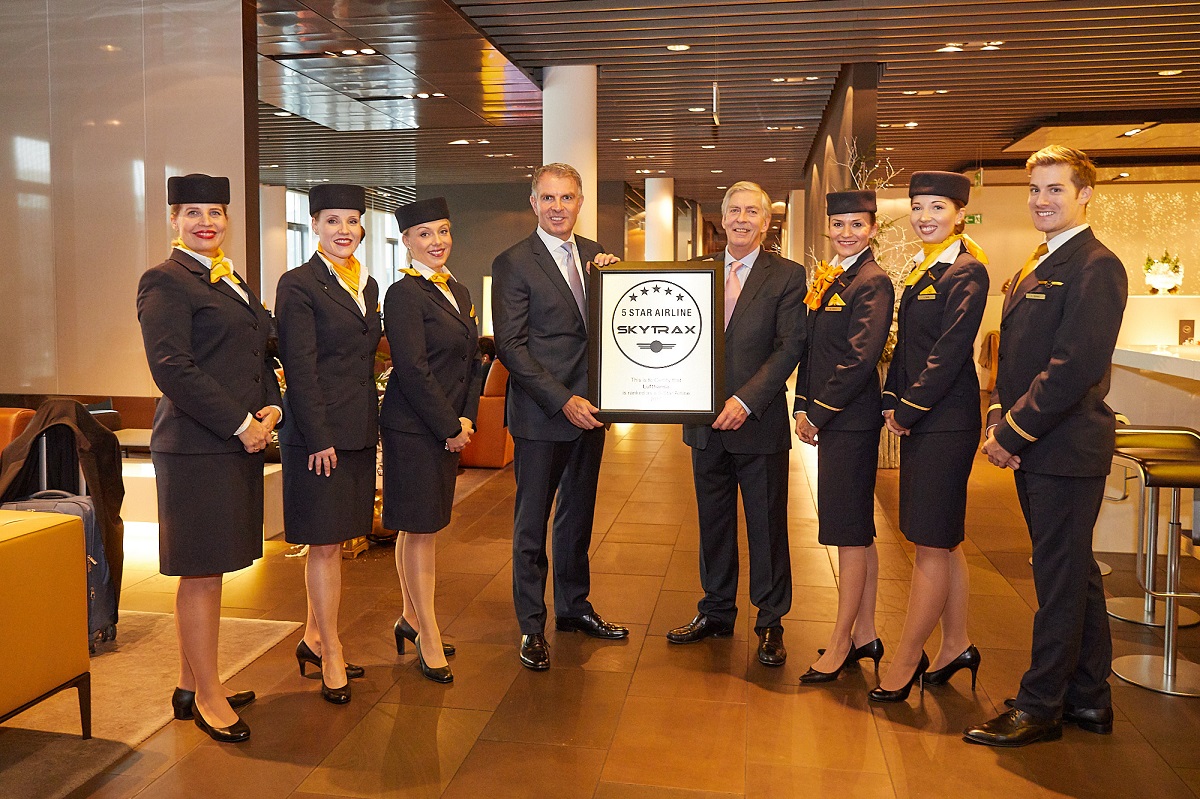 Carsten Spohr, chairman of the Board of Deutsche Lufthansa AG received the five-star certification from Skytrax CEO Edward Plaisted.

Lufthansa recently received the five-star certification from British aviation consulting specialist Skytrax and became the first airline outside Asia to win the accolade and thus the first five-star airline in Europe.

The Skytrax jury has already been awarding five stars to Lufthansa First Class for years – now the entire airline has received the same certification. According to an announcement, the accolade also puts Lufthansa in the selected group of now ten airlines that have been given this coveted rating.

“The award is a well-deserved recognition of our major efforts to make Lufthansa one of the world’s leading premium airlines again,” said Carsten Spohr, chairman of the Board of Deutsche Lufthansa AG. “We have made huge investments in our fleet, updated all our cabins, introduced digital services, opened new lounges and improved service on board and on the ground,” Spohr added.

For their ratings, Skytrax testers evaluate the service quality of the respective airline with comprehensive assessments on the ground and in the air in up to 800 categories. These include the onboard service, seat comfort, catering, security measures, inflight entertainment, duty-free offers and many other services.

“The achievement of the five-star airline status by Lufthansa is not only a great accolade as the first European airline to reach this target, but also a clear recognition of the improvements they have made in recent years,” said Skytrax CEO Edward Plaisted.

Lufthansa’s future plans include a new Business Class that will be rolling out in 2020 with the Boeing 777-9 and an improved Premium Economy and Economy Class.