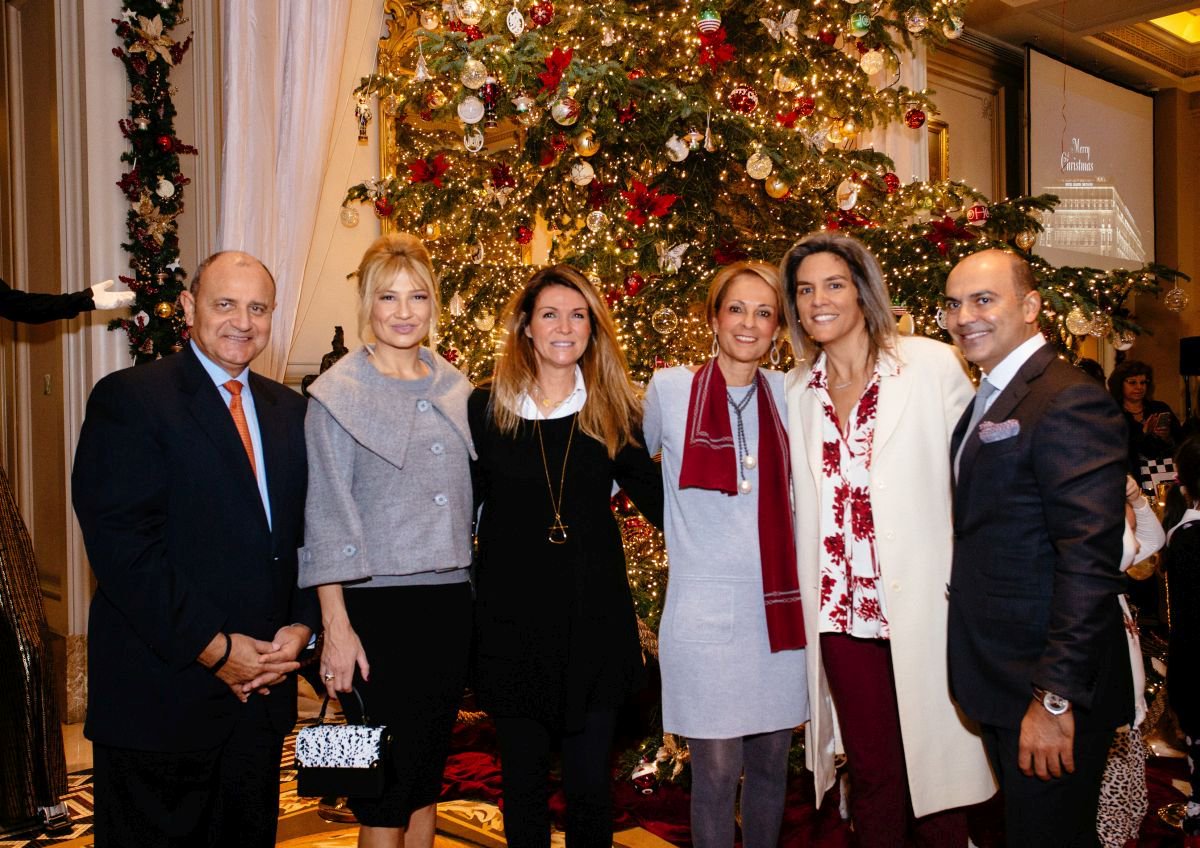 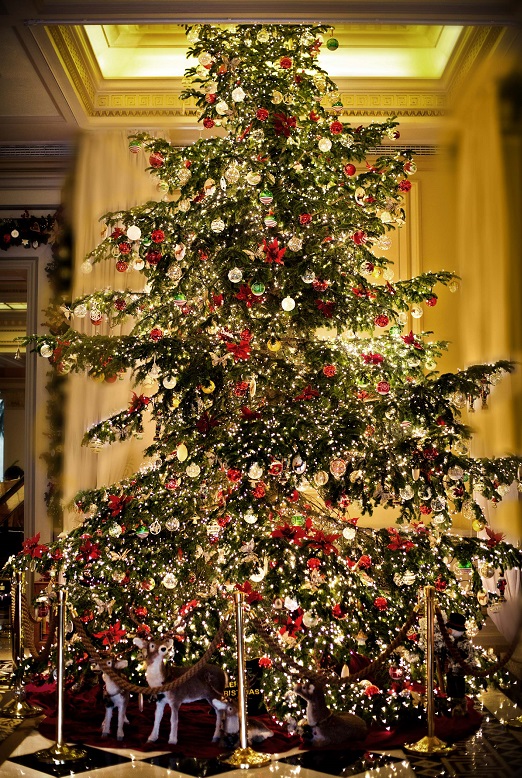 The Hotel Grande Bretagne in Athens celebrated the start of the holiday season on Saturday, December 2, with its traditional Christmas lighting event in its lobby and the announcement of charity initiatives.

As every year, the event’s highlight was the illumination of the massive Christmas tree, decorated with impressive garlands, rare ornaments and more than 10,000 lights. “Τhe tall Christmas tree created a unique festive scene in the lobby,” the hotel said in an announcement.

The ceremony included Christmas carols performed by the “Young Musicians” of the Athens Conservatoire. Volunteers of the Make-A-Wish non-governmental organization were also present to inform the guests on the foundation’s work. 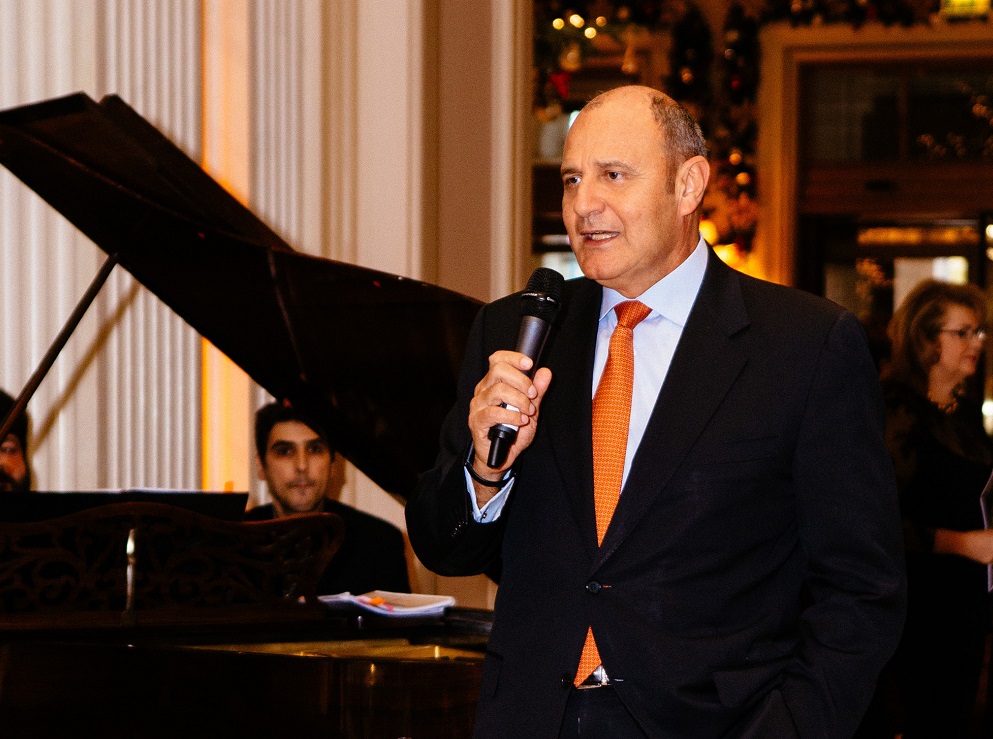 Being a socially responsible company, the Hotel Grande Bretagne this year is launching a special fund raising campaign to support the work of the Make-A-Wish foundation, with the aim to fulfill the wishes of more children.

From December 1 and for five months, 1.50 euros will be added to each receipt issued at the GB Roof Garden and Tudor Hall restaurants — with the customers’ consent — and be donated to the foundation.

Furthermore, the hotel will offer a six-month scholarship to a child between 5-12 years old to attend classes at the Athens Conservatoire. 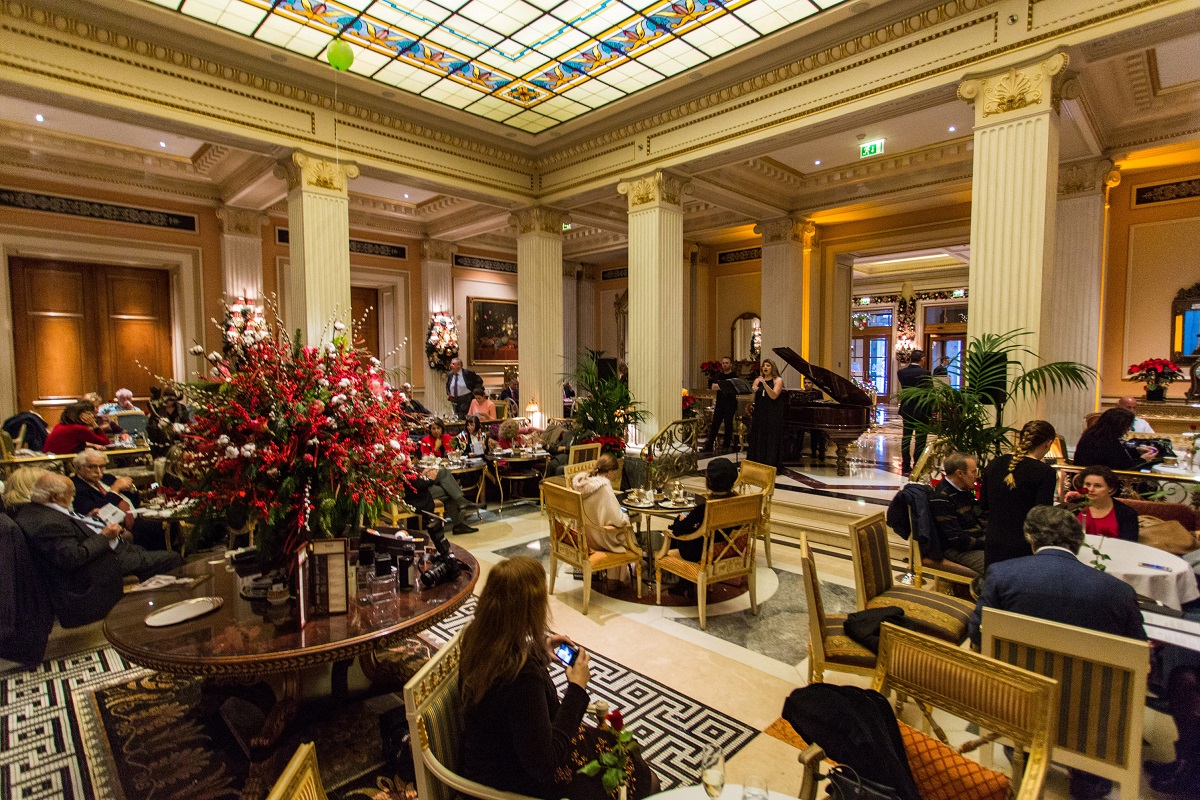 Celebrations also included a special concert to honor the great opera singer Maria Callas and commemorate the 40th anniversary of her passing. Coinciding with the singer’s birthday, the concert included her renowned arias and music from the hotel’s piano, which was once played by “La Divina” herself. The concert was curated and presented by Greek-Canadian composer Panagiotis Karousos.

‘Wanderlust Greece’ Campaign to Reveal the ‘Secrets’ of Athens