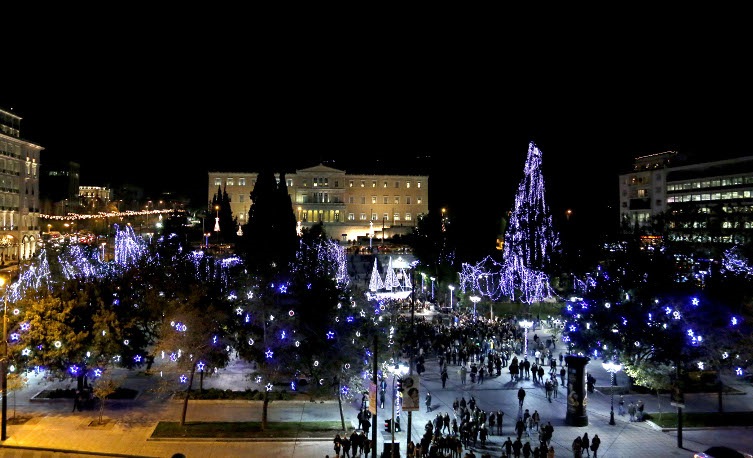 Athens’ Christmas tree will be lit for the holiday season on Tuesday, December 12, at 7 pm on Syntagma Square, the City of Athens announced on Tuesday. 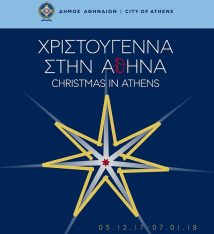 The lighting of the Christmas tree will also officially kick off the municipality’s holiday program that includes 220 Christmas and New Year events in the Greek capital’s neighborhoods and landmark locations that will last 34 days.

“Athens is sending a message of hope and strength through theater and dance performances, exhibitions and children’s activities”, the municipality said in an announcement.

According to the municipality, this year Athens will be decorated differently to resemble a theater stage, while special key words will be scattered across seven locations: Syntagma square, the area around the Temple of Olympian Zeus, Klafthmonos square, Monastiraki, Omonia square, the Athens Propylaea and Thissio.

“The events and the city’s festive decoration present an extrovert, dynamic, attractive capital that shows solidarity to its visitors and warmth to its residents”, the Mayor of Athens Giorgos Kaminis said during the presentation of the holiday program.

Between December 12-30, a number of festivities will take place at Syntagma Square, including concerts by renowned artists, while popular DJs will be in the impressive radio “glasshouse” to entertain Athenians and visitors.

Klafthmonos square will be the center of children’s events from December 19 to 31.

The Kypseli Municipal Market between December 14-24 will host music and gastronomy events, as well as Christmas laboratories.

As tradition calls, the Mayor of Athens Giorgos Kaminis will be ushering the New Year on the Apostolos Pavlos pedestrian walkway in Thisio.

Starting early in the evening on New Year ’s Eve, the municipality will host performances by percussion ensembles Batuca and Batala and concerts by the City of Athens Philharmonic Orchestra and Evanthia Reboutsika, Mariza Rizou and Panos Mouzourakis, among other artists.

The events are organized by the City of Athens Culture, Sports and Youth Organization and multi-use cultural venue Technopolis.