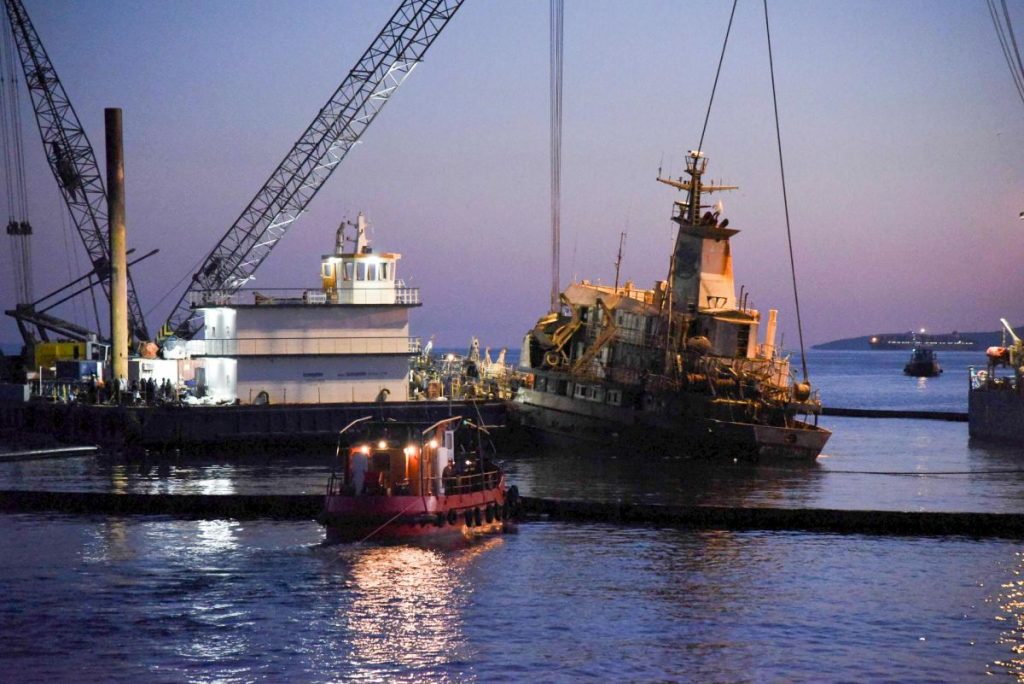 The Greek-flagged Agia Zoni II which sank off Salamina island in September, carrying some 2,200 tons of crude oil and polluting the Attica coastline, was raised and refloated on Wednesday and will be hauled to the Salamina shipyard.

According to Alternate Shipping Minister Nektarios Santorinios “the decontamination of the area will have been completed by Sunday in Salamina, and the Agia Zoni II shipwreck will be a thing of the past”. 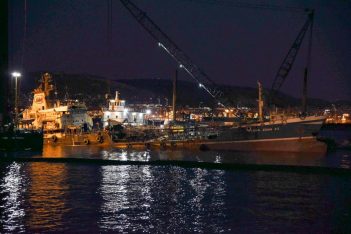 The minister described the raising procedure as “the final phase… this ship will no longer be an environmental hazard to our seas”.

In the meantime, shipping company representatives will continue to monitor the area for pollution and proceed with decontamination efforts.

The Agia Zoni II incident caused a massive oil spill off the coast of Salamina expanding along the Saronic Gulf to Piraeus and drifting as far as Glyfada.  According to George Paximadis, director of marine research at the World Wildlife Fund (WWF), “Complete restoration of the ecosystem following oil pollution requires many years… The toxic effects on humans and the ecosystem are both immediate and long term.”

Santorinios added that despite “very satisfactory” measurements of the affected sea area, there will be an exhaustive recovery plan for the Saronic Gulf including the restoration of the food chain, underlining that “after this intervention, this marine area will be in better shape than it was before and there will be no problem for fishing and swimming.”

In the meantime, a joint investigation into the causes of the shipwreck is being carried out by the Piraeus Port Authority and the Hellenic Bureau for Marine Casualties.