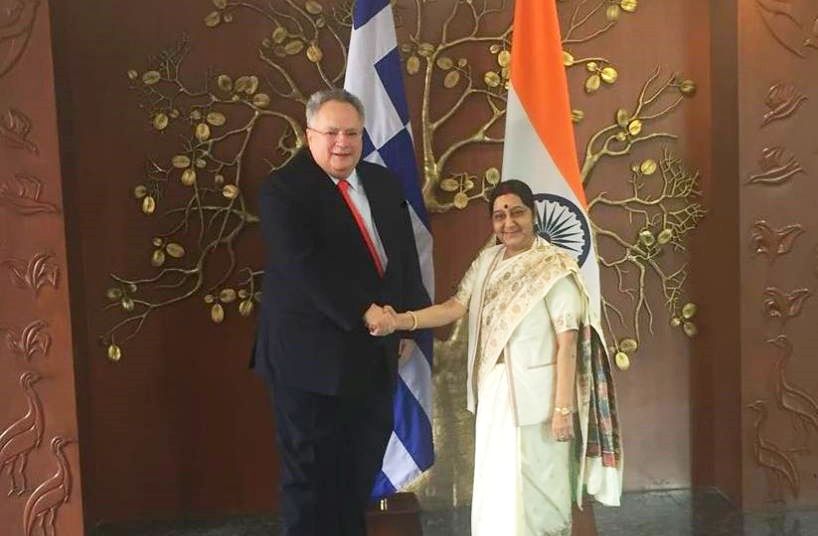 The first direct air route to Greece from India is set to be launched in the near future after Greek Foreign Minister Nikos Kotzias and his Indian counterpart Sushma Swaraj signed a bilateral air services agreement last week in New Delhi.

Under the “Open Skies” agreement, Indian airlines can operate flights to Athens, Thessaloniki and Heraklion, Crete, while Greek airlines will be able serve major Indian destinations.

There are currently no direct flights between Greece and India. Seeking to improve international air connectivity for Indian carriers, the Indian government has been entering similar pacts with other countries well as re-negotiating existing agreements.

Kotzias, who is on an official visit to India, also signed a memorandum of understanding (MoU) with Swaraj on cooperation in the field of new and renewable energy and discussed closer cooperation in tourism.