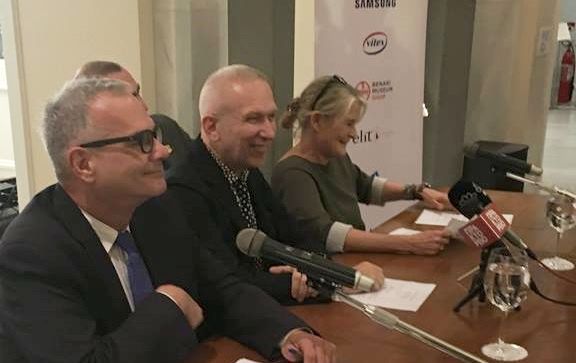 Internationally acclaimed fashion designer and avid Greece lover Jean-Paul Gaultier will be donating the proceeds from a special presentation of his creations to the Benaki Museum during a special dinner gala tonight.

“Greece has always been an inspiration for me: the light, the sky, the islands, the sea, the people…,” Gaultier has repeatedly said, and to express his gratitude he will present works inspired by Aphrodite, Sappho, traditional costumes and other Greek elements at the Benaki Museum.

A great fan of the Benaki Museum, Gaultier has decided donate the proceeds from the fund-raising event featuring the “Paris-Athens” haute couture creation from his collection “Tribute to Greece”, Spring-Summer 2006.

“It is so special and particularly moving to see a world-famous creation such as ‘Paris-Athens’ in the backdrop the gripping source of its inspiration,” said Benaki Museum Deputy Director Irini Geroulanou, adding that this is the first time the museum is organizing such an event. “I hope that in the future we can together organize a retrospective of Gaultier’s work in the large spaces of the Piraeus annex.” 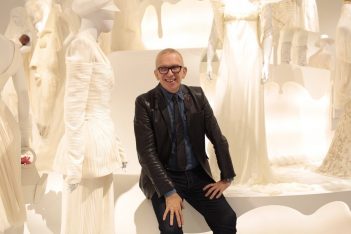 In the meantime, Gaultier’s long-time friend and Marathon Mayor Ilias Psinakis awarded the French designer with the Medal of the Legion of Marathon for his contribution to Greece.

“With my good old friend @jpgaultierofficial, a super talented international artist, a living legend, who loves and has promoted our country globally for many decades,” wrote Psinakis in his Instagram post.

Some of Gaultier’s creations went on show at the Costa Navarino, in October during a cultural weekend dedicated to fashion and tradition, and held in collaboration with the Benaki Museum and the Athens International Airport (AIA). 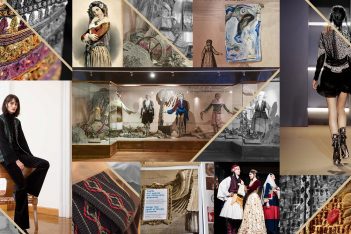 This is not the first time Gaultier’s creations have gone on show in Athens. In 2006, an haute couture item from his collection “Tribute to Greece” Spring-Summer featured at the Hellenic American Union in “Beyond Dress Codes: Contemporary Fashion Designers in Dialogue with Traditional Greek Costume”. In April this year and through to November 18, his “Paris-Athens” model featured at the Benaki Museum.

China Airlines to Offer Nonstop Service from Taipei to London