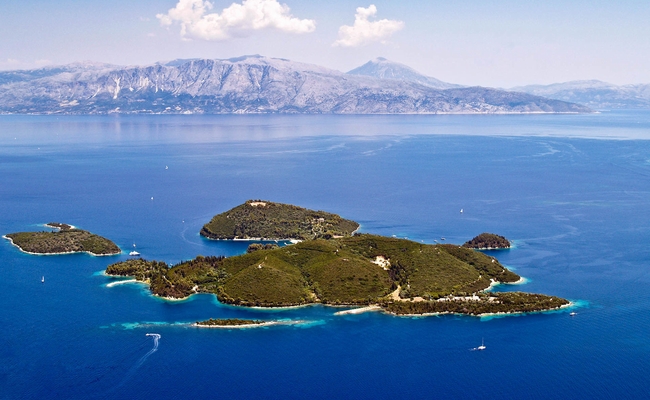 Dozens of luxury villas, a spa, fitness center and restaurants as well as a fiber optics network budgeted at 181.4 million euros will be constructed on the islet of Skorpios in the Ionian near Lefkada, once owned by Greek shipping tycoon Aristotle Onassis, and now in the hands of Russian billionaire Dmitry Rybolovlev.

An inter-ministerial committee for strategic investments made up of the economy, digital policy, finance, environment and tourism ministers gave Rybolovlev the green light on Thursday, to proceed with the massive tourist project on the islet which he purchased for his daughter, Ekaterina.

According to the committee decision, the projects, which include a VIP tourism unit budgeted at 120 million euros and a Next Generation Access (NGA) fiber optic network at 61.4 million euros, are expected to have significant benefits for the local and national economy.

“The investment climate in the country has changed and this is now reflected in the business initiatives materializing on a daily basis. Both strategic investors as well as small- and medium-sized businesses are confirming their confidence in the Greek economy,” said Economy and Development Minister Dimitris Papadimitriou, who chaired Thursday’s committee meeting.

Skorpios island, where Onassis wed former US First Lady Jacqueline Kennedy in 1968, together with the nearby islet of Sparti, were sold to 24-year-old Ekaterina Rybolovleva for the unconfirmed amount of $150 million in 2013. Onassis, his son Alexander and daughter Christina are buried on Skorpios.