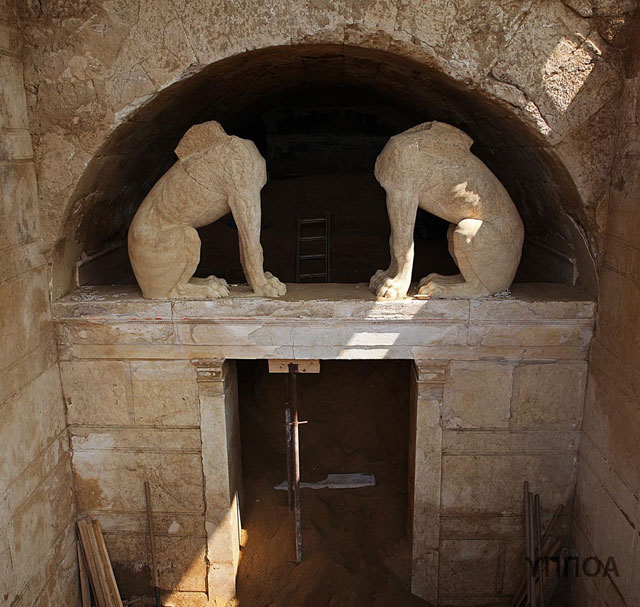 Authorities have managed to secure 1.5 million euros in EU funding for the restoration, maintenance and promotion of the Kasta tomb at the Amphipolis site in northern Greece, which had the world on edge as to the identity of the person buried there, many hoping it was the grave of Alexander the Great. 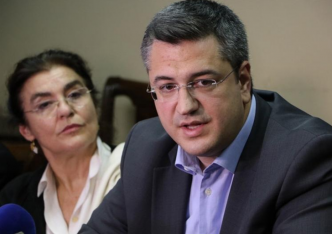 The Kasta tomb monument at the Amphipolis site has been included in the NSRF program by the Region of Central Macedonia, its governor, Apostolos Tzitzikostas, said during a press conference on Monday, attended by Culture Minister Lydia Koniordou, lead archaeologist Katerina Peristeri and other experts, who presented the works to be carried out.

The main aim, Tzitzikostas said, is to safeguard a site of outstanding cultural and historic importance for both Greece and Europe, and to make the area accessible to visitors and academics while at the same time promoting the region of Macedonia.

Tzitzikostas added that in collaboration with the culture ministry and the Amphipolis municipality , the region has also secured an additional 1 million euros from the Interreg V-A Greece-Bulgaria 2014-2020 program to go toward the upgrade of the wider Amphipolis region in Serres.

The funding will cover a wide range of works including restoration and maintenance, the sheltering of certain areas, as well as promotional actions including the organization of a workshop in the near future.

Tzitizikostas added that regional authorities plan to apply for the inclusion of Amphipolis’ Kasta Tomb on UNESCO’s World Heritage Sites list once restoration works are completed.

Underlining the contribution of the site to the area’s tourism growth, Tzitzikostas cited Greek Tourism Confederation (SETE) forecasts of a 21 percent rise in the number of arrivals and a 15 percent increase in revenue over the next five years, while the number of visitors interested in culture will exceed those seeking sea and sun holidays.

“The benefit is twofold: On the one hand, we showcase our cultural product and heritage, and on the other, we create prospects for new investment, revenue, jobs and wages,” he concluded.

New Terminal in the Works at Kefalonia Airport