SWISS Appoints André Blattmann to Board of Directors 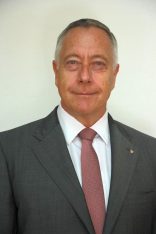 Swiss International Air Lines (SWISS) has appointed André Blattmann to its Board of Directors, who will take up his position on January 1, 2018.

Blattmann succeeds Montie Brewer, who will step down from the Board at the end of this year.

A former Chief of the Swiss Armed Forces with the rank of Lieutenant General, Blattmann was appointed to the SWISS Board of Directors during the company’s recent annual general meeting.

“In André Blattmann we have secured the services of an individual who is highly regarded in business and political circles and can draw on extensive expertise and experience in both high-level leadership and international economics,” said Reto Francioni, Chairman of the SWISS Board of Directors.

Current Board member Jacques Aigrain will also be relinquishing his mandate in mid-2018.

Following these personnel changes, the SWISS Board of Directors will consist of Reto Francioni (Chairman), Lufthansa Group representatives Harry Hohmeister and Ulrik Svensson, as well as Doris Russi Schurter and André Blattmann.