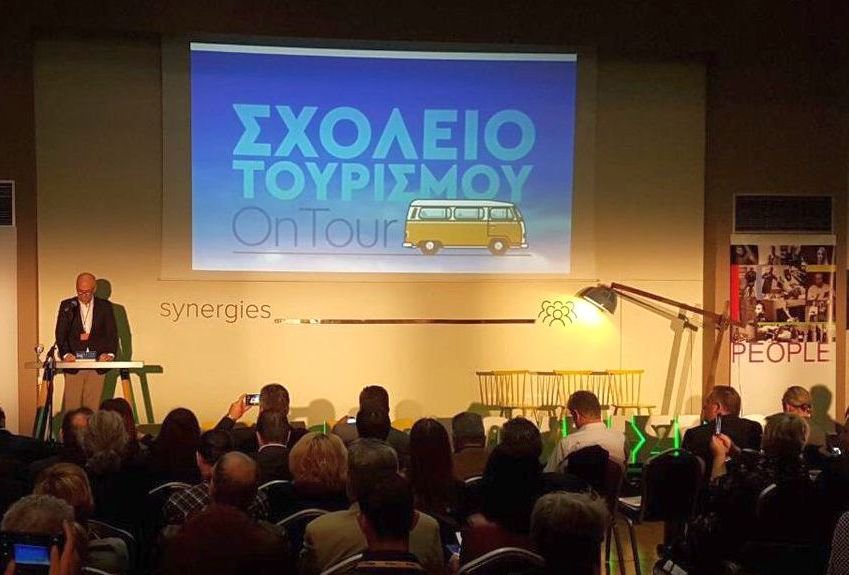 The Greek Tourism Confederation (SETE) will team up with the Kalamata Tourism School and launch the ‘On Tour’ Tourism School, an initiative that will provide a series of seminars to tourism professionals and employees throughout Greece.

The announcement was made on Monday by SETE President Yiannis Retsos during the opening of the 7th Kalamata Tourism School, a three-day initiative that provides seminars on various issues of the tourism industry and focuses on the latest trends.

The Kalamata Tourism School was launched in 2014 by Kalamata-based hotel director, Konstantinos Andrianopoulos and restaurant owner, Andreas Zagakos, who decided to join forces and create the initiative, which runs twice a year in Kalamata.

Through SETE, the initiative will take a step further and a new “transportable” tourism school — On Tour — is planned to launch in 2018 and offer the educational seminars of the Kalamata Tourism School throughout various Greek regions.

SETE: Synergies are key to strengthening the tourism product

“Our sector consists of many links of a chain: people, systems, local products, local communities, which must work together to be able to offer complete experiences. And by working together, it is certain that we will gain more by ultimately supporting local communities,” SETE’s president said.

“This is the direction that SETE has pursued, seeking synergies to achieve its goals. Thus, the ‘On Tour’ Tourism School was created through the cooperation of the Kalamata Tourism School and the Institute of SETE (InSETE) and its educational pillar, SETE Training.”

Minister Says Hellinikon Project Moving Ahead ‘One Step at a Time’