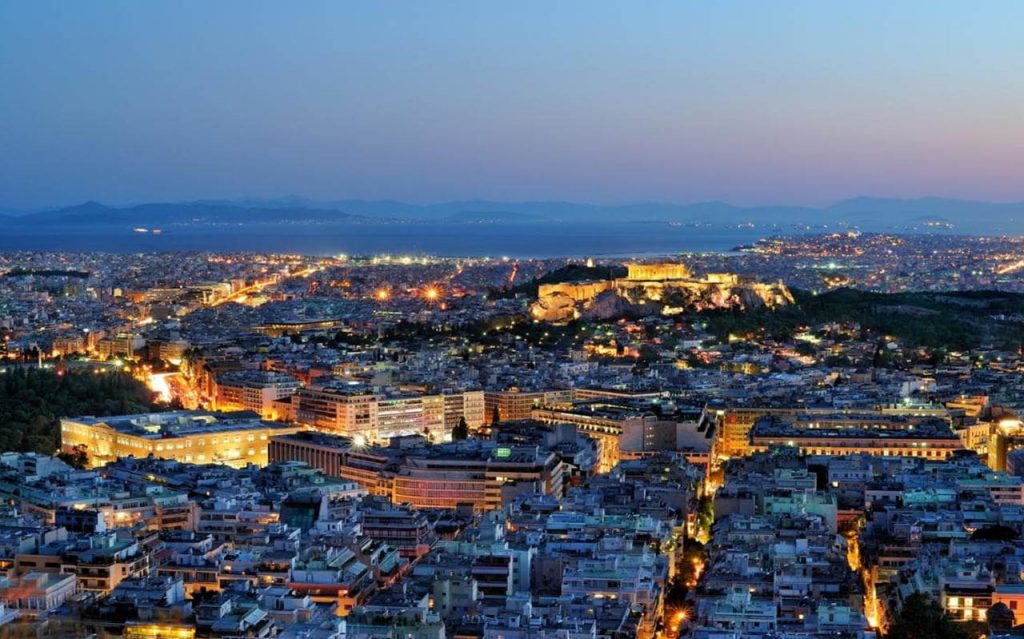 Despite a rise in demand for Athens as a destination, the Greek capital saw a drop in its customer satisfaction scores, according to the latest study presented on Wednesday by the president of the Athens-Attica & Argosaronic Hotel Association, Alexandros Vassilikos. 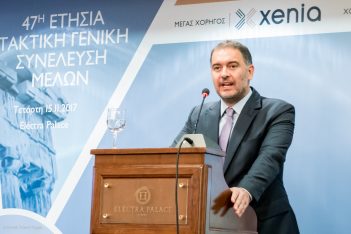 “At this moment the figures may show signs of recovery in relation to the negative past (2008 -2013), but it is a mistake to just focus on a quantitative approach,” Vassilikos said while presenting data during the association’s annual general assembly.

Vassilikos presented the city’s positive hotel traffic and performance data up to the month of September. According to the data, hotel occupancy increased by 4.1 percent and the average room rate grew by 4.2 percent during that period.

“If we really want to see where we stand, we must compare the results of Athens with the competition,” he said, adding that while Athens hotels do not record more than three million foreign arrivals, rival cities continue to attract twice as many visitors.

The association’s president underlined that the satisfaction of visitors to Athens decreases steadily each year and underlined that although the indicators can not be considered negative at this time, their trend is downward for the second consecutive year, a fact that must be taken seriously. 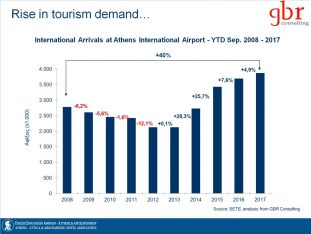 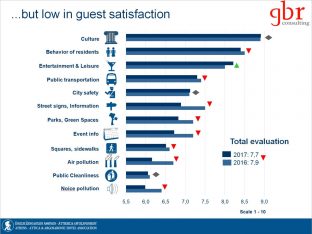 “There is a long-term strategy for the development of the tourism product, which will guarantee Athens the place it deserves and not temporary achievements,” he said, reminding the excitement expressed for Athens as a destination during the Olympic Games.

“But this only lasted four years, because the right strategic planning for the future was – and is – missing,” he said.