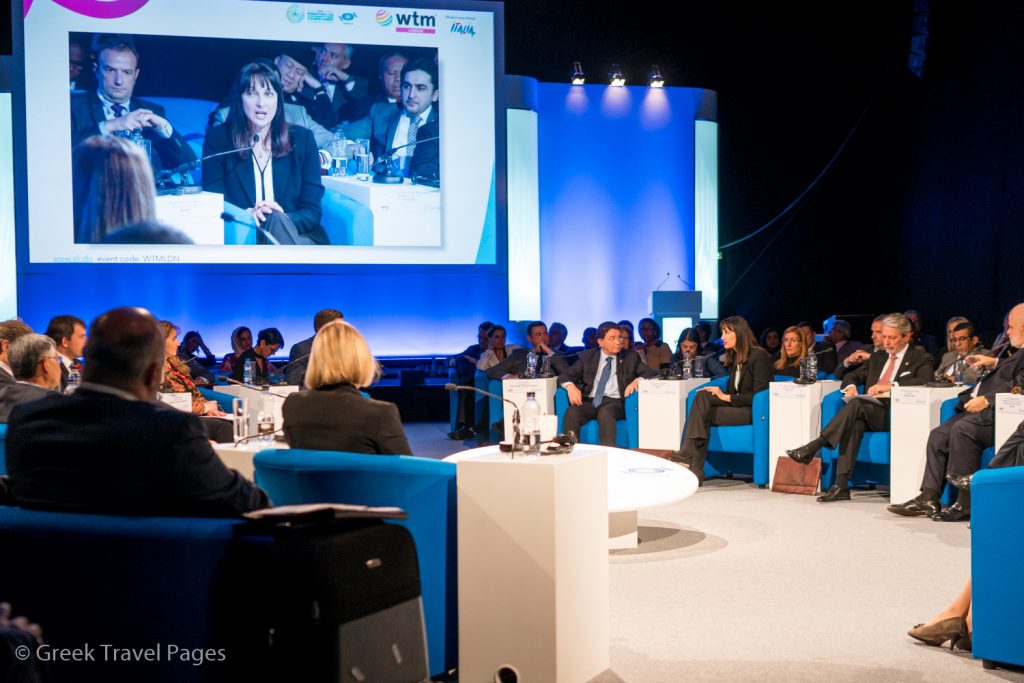 Greek Tourism Minister Elena Kountoura was among the main speakers at the Ministers Summit organized by the World Tourism Organization (UNWTO) and the World Travel Market (WTM) that took place on Tuesday in London.

The 11th edition of the summit, which took place during WTM London 2017, focused on tackling “overtourism” as many destinations this year were reported struggling with balancing the needs and rights of both local residents and tourists. 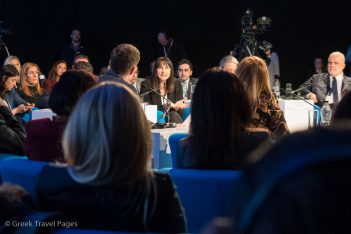 Santorini, one of Greece’s most popular tourism destinations, was mentioned as one of the destinations that was limiting its daily number of cruise tourists as the island was becoming overcrowded during peak season.

Commenting on the issue, Minister Kountoura informed that Greece is in the process of developing tourism in the winter months and this way “spread out” the tourists coming to the country.

The minister underlined that the Greek islands are generally very busy in the summer season and that is why the ministry’s strategy involves establishing Greece as a 365-day a year destination.

“Prolonging our season is very important to us so we can satisfy all our visitors through a longer tourism period, not only for the summer season but also throughout the year,” she said. 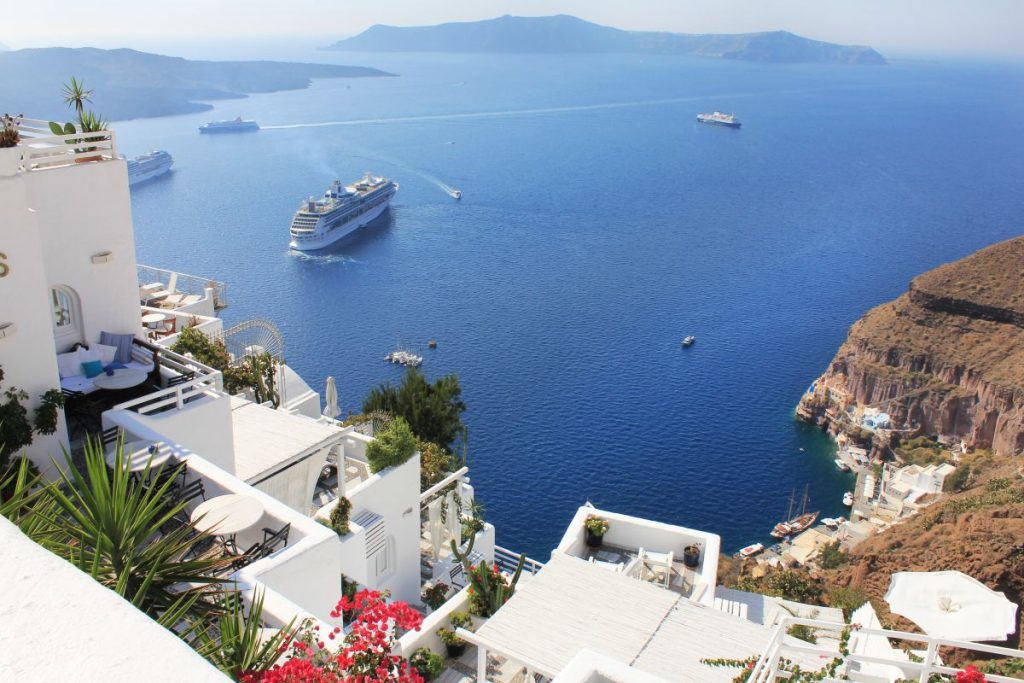 Referring to Santorini, the minister informed that in 2016 more than 100 hotels stayed open during the winter 2016/2017 season, this way allowing visitors to visit the island during the off season.

“It was a big success and it is an example on how you can manage so well to spread all these tourists during 365 days a year in order to eliminate the problem of ‘overtourism’,” the minister underlined. 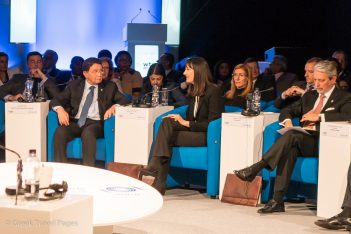 According to Kountoura, the policy to prolong the summer season and open a destination for 365 days a year allows the promotion of new and lesser known destinations that can satisfy the needs of all tourists and also the creation of thematic products such as religious tourism, medical tourism, wellness tourism and culture tourism.

Kountoura informed that Greece for the last three years has achieved record breaking tourism figures due to spreading out the season. “In December 2016-April 2017 we had a double digit increase and the reason was that we really pushed Greece as a 365-day destination… Tourism brings 20 percent of our GDP and more than 1 million direct jobs, so it is crucial for our economy,” she said.