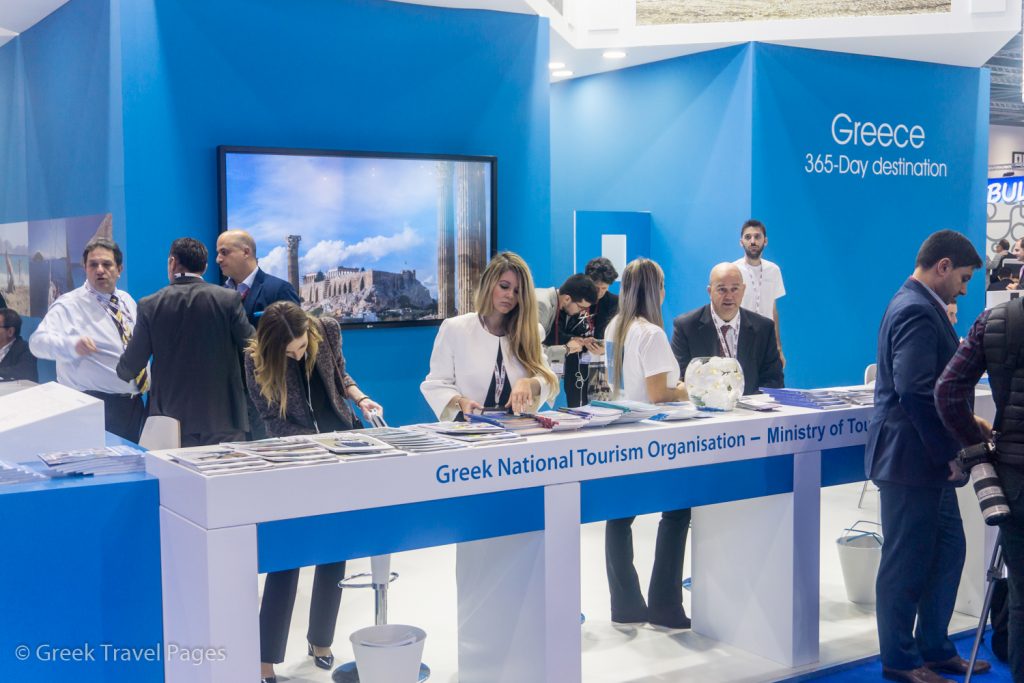 The WTM London 2017 “Best for Business” stand award was received by GNTO Secretary General Konstantinos Tsegas and by the head of the GNTO branch in the UK, Emmy Anagnostopoulou.

The Greek National Tourism Organization (GNTO) was a winner of this year’s best stand awards at the  World Travel Market (WTM) 2017 in London.

“It is modern, with a good mix of networking and meeting spaces where you can sit and have a one-to-one,” said Intuitive Design Director Russell Smith.

Seventy exhibitors from Greece are participating this year in the GNTO stand.

“There is a good layout with space to mingle and have drinks and also booths with dividers that still feel approachable,” Smith added.

“This award reflects the high interest international tourism professionals are showing in Greece and visit, make contacts and hold meetings with the Greek exhibitors that are hosted at Greece’s stand,” the Tourism Ministry said in an announcement.

WTM London 2017 kicked off on Monday, November 6 and will run until Wednesday. Greek Tourism Minister Elena Kountoura and GNTO Secretary General Konstantinos Tsegas are holding many business meetings to promote the Greek tourism product to the UK market and establish Greece a world-renowned destination, open 365-days a year.

IHTC: Medical Tourism to Greece Can Bring in $2bn in Next Three Years