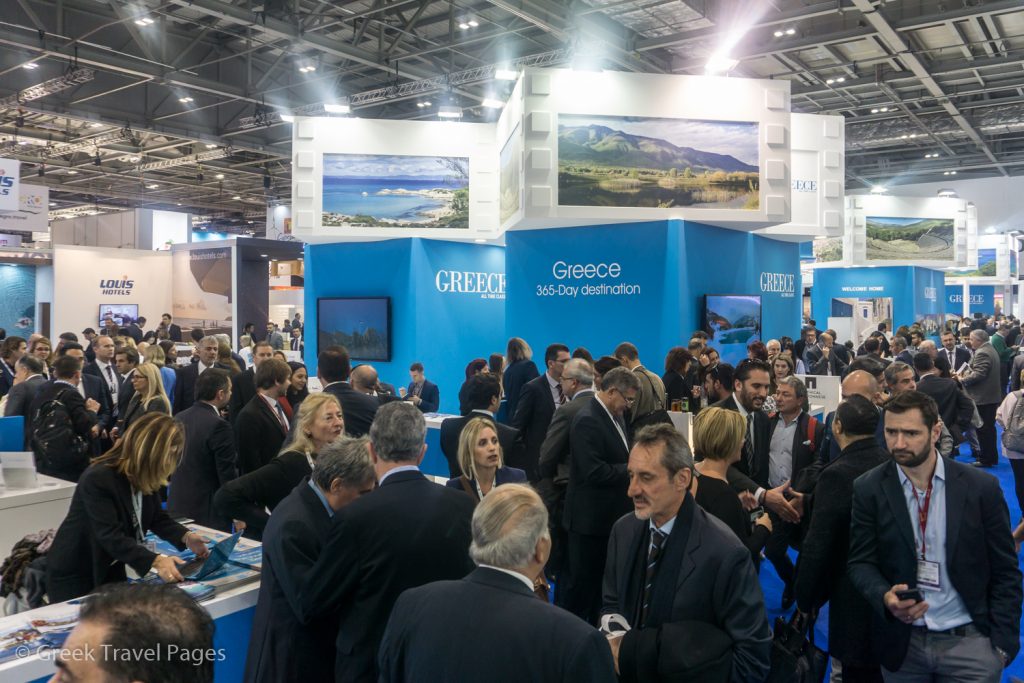 Greece’s tourism has seen a bumper year in 2017, and the prospects for 2018 are even more positive, according to an annual survey released at World Travel Market (WTM), the leading global event for the travel industry, on Monday, November 6.

“It is encouraging to see Greece rated so highly by the travel trade when it comes to plans for business conversations and deals,” WTM London’s Paul Nelson, said while presenting the Forecast Forum Industry Report on the first day of WTM London.

Research among the travel trade found that 35 percent of respondents are looking to have business conversations with Greece – with 83 percent of those expecting to sign contracts with Greek exhibitors at WTM London.

Furthermore, 38 percent predict their company will do more business with Greece in the coming year.

“The positive sentiments for 2018 follow robust growth in 2017 and demonstrate the value of investing in tourism products and marketing,” Nelson added.

Greece was also popular among members of the trade when it came to their own holidays this year, as it was in the top three destinations for breaks of five nights or more, alongside Italy and Spain.

A similar poll carried out among UK holidaymakers found that almost half (48 percent) were interested in visiting Greece, which came third on the wish list, behind Italy (60 percent) and the US (54 percent).

According to Euromonitor International, tourism to Greece has performed strongly in 2017, as holidaymakers have sought more stable countries.

The Top 100 City Destination Ranking WTM London Edition, by Euromonitor International, which will be released on Tuesday, November 7 at WTM London, says Greece is benefiting from instability in other countries.

“Spain, Greece and Italy are performing strongly, as they offer a similar climate to affected countries such as Turkey, Egypt and Tunisia,” the report reveals.

The report said the Greek city of Heraklion on Crete will be the strongest performing city in Europe in 2017, as visitor arrivals are forecast rise by more than 11 percent, while Athens will see arrivals increase by 10 percent.

The Greek National Tourism Organisation (GNTO) expects a record-breaking 30 million international visitors to Greece for 2017 – up 7 percent year-on-year – because the destination has invested in its tourism industry and improved its image overseas.

For the last two years, Greece’s growth has been nearly twice the global industry average of 3.9 percent.

The GNTO is also sponsoring the WTM London International Media Centre, as it looks to increase its global profile to attract more tourists to the destination.