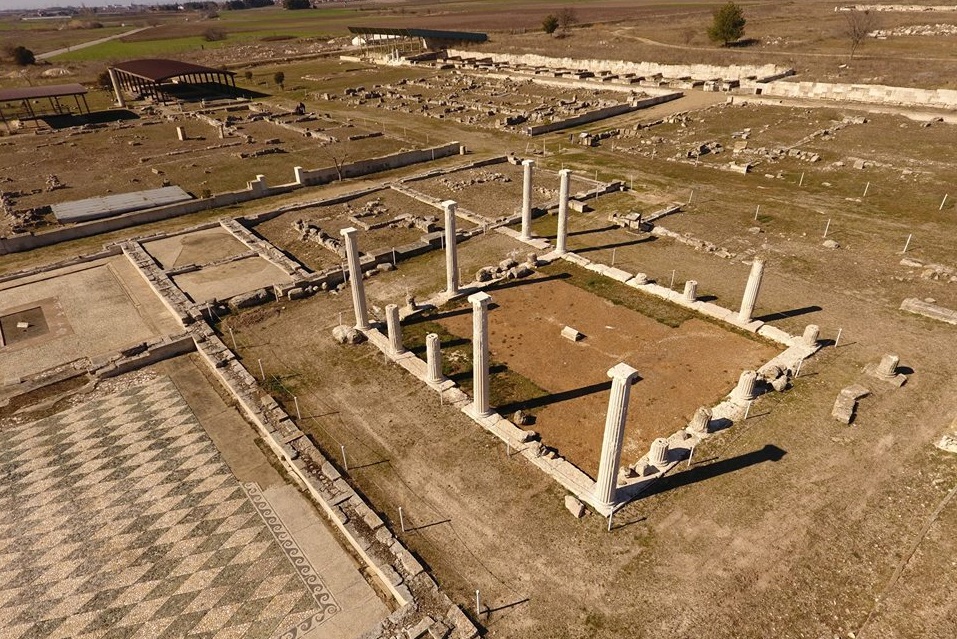 The Region of Central Macedonia announced restoration works to the ancient Palace of Pella, located near the city of Pella in northern Greece.

“It is one of the most significant cultural and tourism projects, implemented by the Central Macedonia Region,” local Governor Apostolos Tzitzikostas said in an announcement.

The restoration works will focus on the Palace’s southeastern side, which includes the entrance to the southern part, the access to the hill, the propylaea and the building I.

The Region plans to conduct a study for the site’s protection from rain water and the preservation of its architectural remains; support and restore the walls of the propylaea and of the building I, conduct a tree-planting technical study; build a fence and revamp the parking area; construct paths that will lead to the visitors’ center on the eastern side and to the archaeological site.

The palace of Pella is a monument which “showcases the history of Macedonia; an area which we ought to protect, preserve and promote in order to attract as many visitors as possible,” Governor Tzitzikostas added.

The ancient Palace of Pella was gradually built in a 7-hectare area, on a hill in the northern side of the city of Pella and comprised seven buildings. Archaeologists estimate that the first buildings of the palace were completed in the end of the 5th century BC. The size of the complex indicates that, apart from a royal residence, it also served as an administrative center of the ancient kingdom.