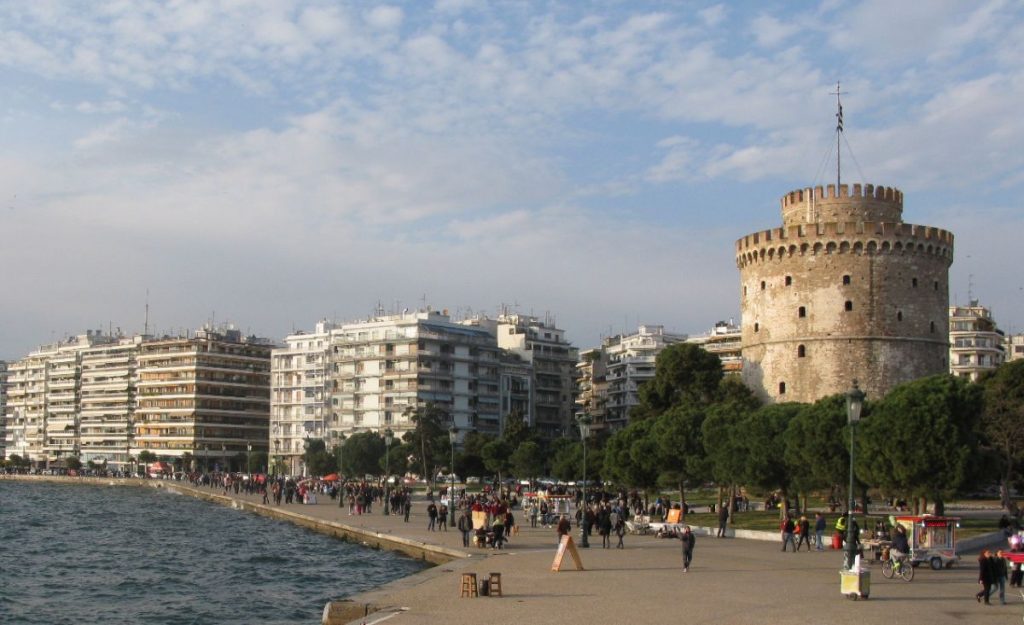 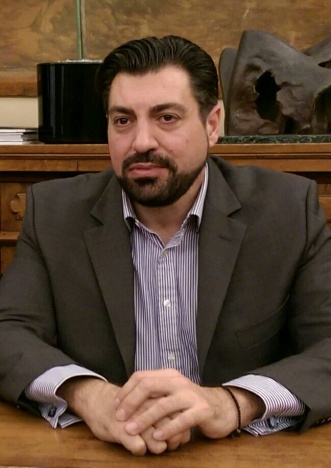 The port of Thessaloniki has been the most important port of Macedonia and one of the most important ports of Southeastern Europe for more than 2300 years. It’s advantageous geographical location and excellent road and rail connections make Thessaloniki a destination that, in cooperation with Macedonia International Airport (just 16km away), can look to the future with optimism. The recent privatization of the Port Authority of Thessaloniki puts the bar for the cruise sector high, among other things, despite the challenging current conditions in the Southeast Med.

In the past few years the destination Thessaloniki has been connected by road with direct routes to the largest cities of all its neighboring capitals. With Skopje being only 3 hours away with a population of more than 0.5 million, Tirana 6 hours with a population of more than 0.8 million, Plovdiv at 5 hours and a population of 0.4 million and of course with Istanbul, which in 6.5 hours bridges Greece with Turkey with a population of 15 million. In addition, the excellent infrastructure of the airport as well as the active strategy of Fraport Greece makes it even easier to access Thessaloniki from all European capitals and major cities. It is estimated that by the end of 2017 there will be a significant double digit increase in visitors passing by the airport with this number increasing geometrically over the next few years.

Thessaloniki as a cruise destination is known to the cruise companies given that, more than 30 cruise ships (2014-2016) visit the port every year. Of course, the current situation in the Aegean region is very difficult, but as developments can proceed at a rapid rate, the destination should exploit all possible opportunities to attract more cruise ships in the coming years.

The port has all the necessary infrastructure on land and sea to be able to cope with a potential increase in traffic but it is certain that new management will do what is necessary to further improve the infrastructure. 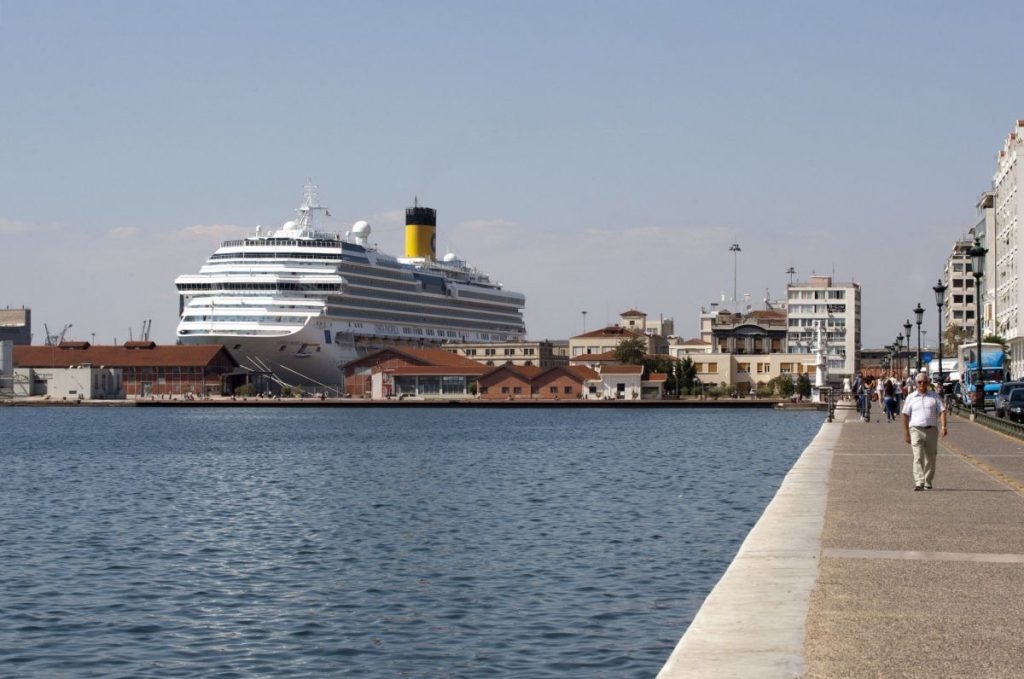 Analysis in the world cruise statistics shows a steady rise that will lead to an increase in Asia for 2017 of at least 2,37 million new passengers, reaching a global total of 25,3 million an increase of 10.35% (CLIA data). Scheduled shipbuilding for the coming years (2018-2026) exceeds 78 with an additional 227,000 beds added to the portfolio of the companies making cruising the fastest growing tourism industry in the world.

Greece in the other hand has to deal with the current situation in Turkey and the poor psychology of the passengers. This has resulted in the decrease of calls and passengers resulting to an estimated -20% for the Aegean area for 2017. Almost all Aegean ports will have less calls and this is due to the decision of the cruise companies to change their itineraries altogether. This is enhanced due to the lack of any strategy on our part to change and improve the bad psychology that affects the demand.

An interesting example is the German cruise companies some of which in the past two years have chosen to withdraw their ships from the Eastern Mediterranean and homeport them in German ports for the first time, even for year-round cruises. The analysis shows that gradually the German-speaking companies will return to the region since in 2018 there will be at least one company that will make limited Homeport circular trips from a Turkish port.

The analysis made by Five Senses Consulting leads to the conclusion that the destination Thessaloniki can and must design and execute a strategic approach for these companies, supported by all local authorizes and the city airport. Thessaloniki airport has shown significant signs of improving its figures, with a 22.8% increase (January-July 2016 & 2017 from 1.7 to 2.1 million passengers respectively) with increased traffic from Germany with 14 companies flying almost daily from 19 destinations. It is therefore understandable that the good interconnection of Thessaloniki airport with most German cities and its possible interconnection with the cruise product can help significantly the destination in an attempt to develop a new cruise itinerary starting from Thessaloniki. It is also worth mentioning that Thessaloniki, for example, compared to Antalya who used to be a homeport base, is closer to Hamburg by 700 km (Hamburg-Thessaloniki 1730 km vs. Hamburg-Antalya 2435 km), with whatever this entails for the fuel costs and the time required for the flights (Hamburg-Thessaloniki 2 hours and 45 minutes vs. Hamburg-Antalya 3 hours and 50 minutes). 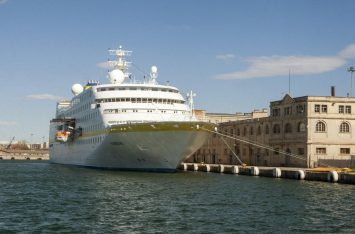 A new Homeport itinerary at the Port of Thessaloniki with a 20-week operation (15 May-15 October) of a 2500-passenger ship would, in general, generate more than 13.5 million Euro in turnover. With a moderate leverage x 2.5 this could reach more than 33 million Euro in revenues for the destination of Thessaloniki (2500 passengers x 2 boarding / disembarkation pax. X 20 weeks X 135* expenses/passenger = 13.5 million Euro). The above amount could have being leveraged x 4 if Greece was more tax and VAT friendly. Additionally, if the ship visited other Greek ports, each of them could have benefited an additional 3 million Euro (2500 x 20 x 60 ** = 3 million) per destination (7.5 million leveraged), thus directly contributing to the development of other areas of Greece.

The proposed cyclical travel itinerary plan is a butterfly Itinerary where the first week’s program will alternate with a different route on the second week, allowing a person to take a 2-week cruise to different places if required.

The proposal contains a number of, relatively, new destinations but also classic ones that will increase the interest (demand) of passengers and one port on every trip outside of Schengen zone for the tax free supplies in fuel, provisions and shop operation. As alternative, the ports of Skiathos, Hydra, Paros, Naxos and Samothrace can be used and/or combined. Also, the Airports/Ports of Rhodes and Chania could also be used in case the cruise company decides to make Interporting, which is partial boarding from additional destinations. 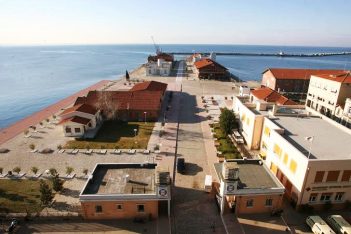 In order for the above proposed itinerary plan to have any success of realization, it should be made top priority from the new management of the Port as it takes time, persistence and professionalism to materialize from its conception to the actual start of operation. There should also be direct co-operation between all key authorities of the destination and the airport who should also commit to an active role in any discussions and negotiations that will determine the final cost of the services offered.

In Conclusion, the development of Cruise requires a solid strategic plan combined with patience and persistence in the set goals. A clear vision and set objectives are needed that will be shared and owned by all stakeholders and will be realized step by step. Also, there must be a specific strategy for identifying and enhancing the experiences our all visitors through the introduction of smart systems that will enable guests to showcase their experiences on the social media. Only in this way will we can expect positive long-term results that can overcome the current difficult situation.

* Having served as President & CEO of the Heraklion Port Authority (2010 – 2015) and Vice Chairman of the Greek Ports Association – ELIME (2012 – 2015), Ioannis Bras, has experience in port management, cruise management and destination development. He is now the founder of the Five Senses Business model with a vision to measure and improve travel experience. He started his career in the U.K., after completing his studies as a Structural Engineer (BEng (hons) Structural Engineering with Architecture) and Project Manager (MSc in Engineering Project Management), from the Universities of Manchester and UMIST. 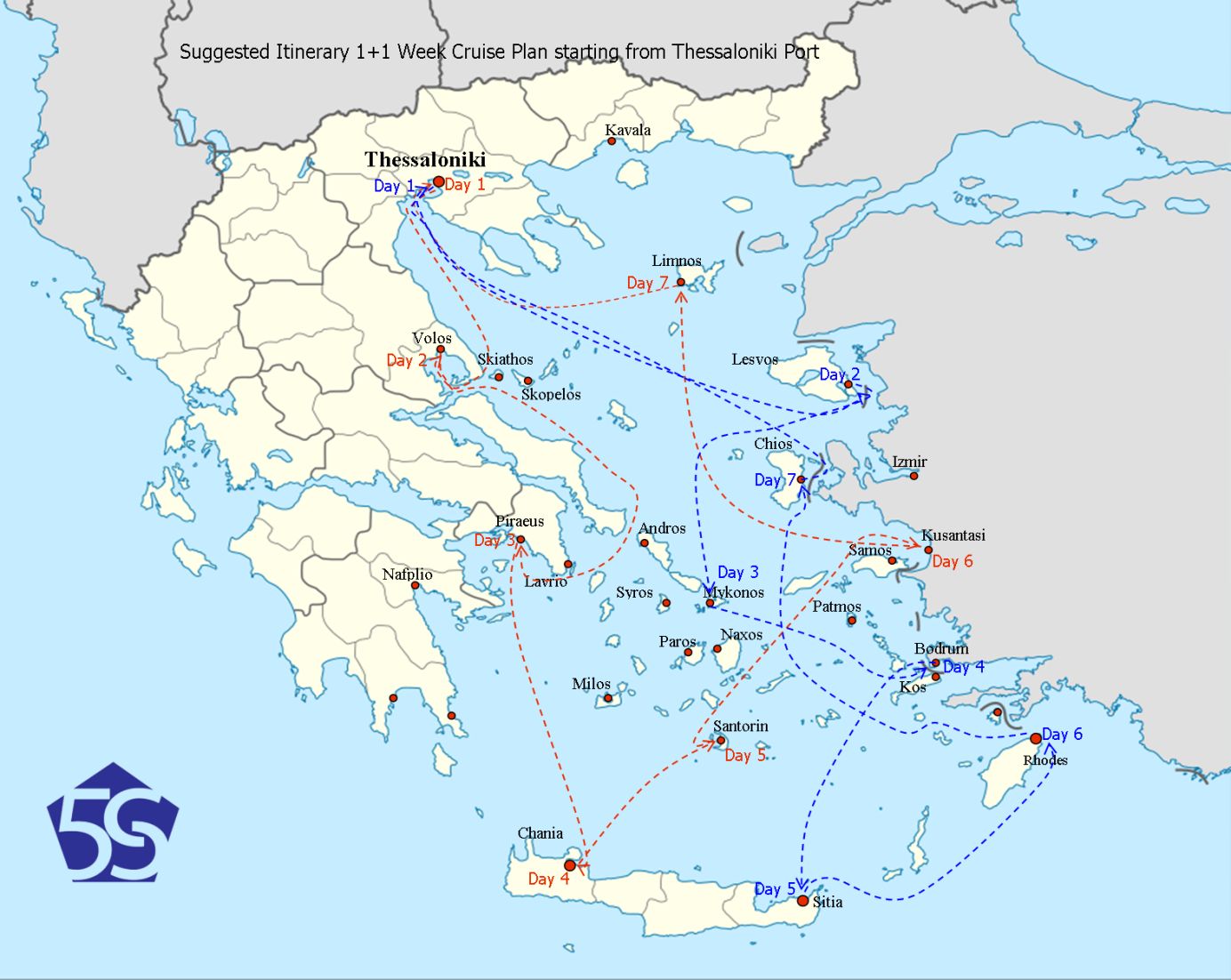