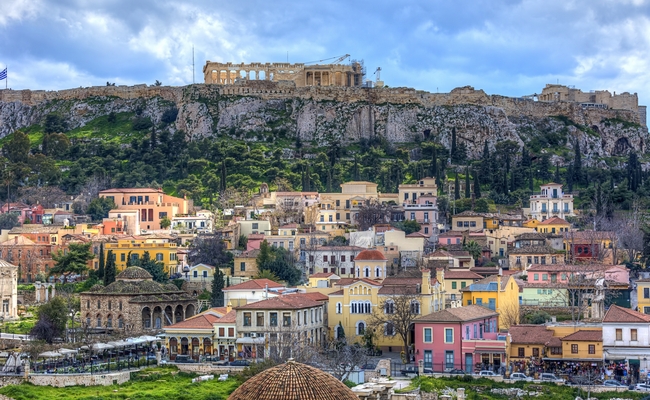 The historic center of Athens and surrounding districts including Koukaki and Neos Kosmos are the areas with the highest concentration of apartments being leased out short term, according to Inside Airbnb, an independent platform offering data on Airbnb performance worldwide.

Stadiou, Ermou and Pireos sts, the popular Plaka borough at the foot of the Acropolis, and the alternative Exarchia neighborhood offer the largest number of offerings.

According to Inside Airbnb data, there are currently 681 listings for Plaka, 500 for the Exarchia area, and 343 for Koukaki.

The Exarchia neighborhood appears to be the latest hot spot thanks in part to its proximity to the city center and to main landmarks as well as to increased investment activity. A case in point, a Chinese investor recently purchased 100 apartments in the area with the aim to rent these out short term. Apartments in Exarchia are selling at around 25,000-40,000 euros.

Overall, there are some 5,150 listings in Athens on Airbnb alone and approximately 42,155 across Greece on various platforms with an additional 21,716 properties being rented out as official tourist accommodation.

According to a study by Grant Thornton conducted on behalf of the Hellenic Chamber of Hotels, the sharing economy in Greece is valued at 1.71 billion euros. The direct impact on the hotel industry is estimated at 525 million euros a year in lost revenue.

According to the latest reports, Greece’s Independent Authority for Public Revenue (AADE) is set to decide on a series of “details” with regard to the law regulating such properties.