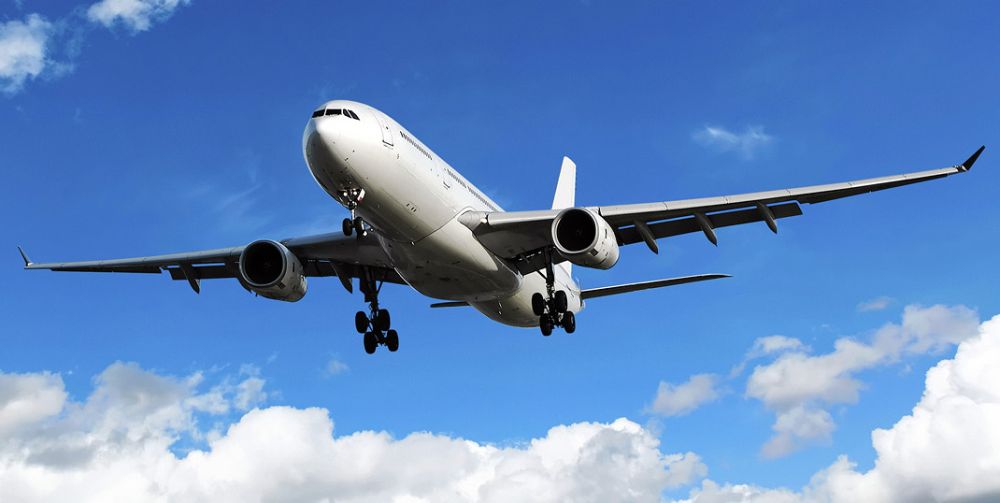 A new study said that increasing so-called “direct” bookings does not reduce costs for airlines, suggesting the true motive of some carriers is to curtail consumer access to independent, neutral booking channels. 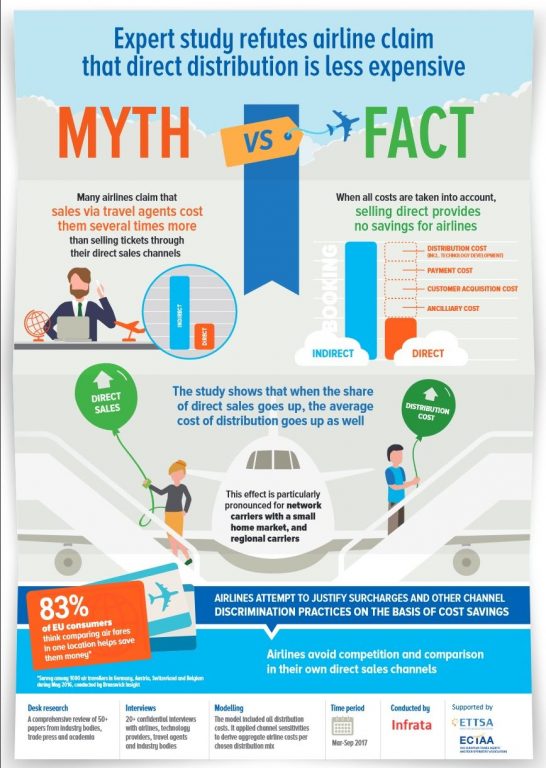 “When taking into account advertising, marketing, customer support and payment fees, as well as the significant costs of online customer acquisition such as search engine fees, the costs of “direct” bookings and those made through online and offline travel agencies is equivalent,” said the author of the study, Ian Lowden, adding that airlines seeking to justify a move to less transparent “direct” distribution schemes often omit from consideration these important – and unavoidable – costs.

The findings raise significant questions about what must drive an airline to encourage more direct distribution of fares, if not cost savings.

The study was commissioned by the European Federation of Travel Agents’ and Tour Operators’ Associations (ECTAA) and the European Technology & Travel Services Association (ETTSA).

“Some airlines claim that sales made via travel agents using neutral booking platforms cost them several times more than direct sales. Yet the evidence shows that there is no reduction in costs when airlines push for more direct sales – and costs actually increase for some categories of airlines,” says Christoph Klenner, Secretary General of ETTSA.

According to ECTAA Secretary General Michel de Blust, airlines must have other motives to push direct sales.

“One clear motive seems to be avoiding the transparency, convenience and choice that travel agents and neutral travel platforms offer consumers. In airlines’ “direct” sales channels, such transparency and choice do not exist, allowing them to make consumers captive and vulnerable to increased prices.” 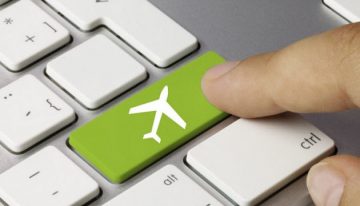 • Large airline groups incorrectly claim that it costs them several times more when customers book their flights via travel agents using independent, neutral online travel platforms.
• In that calculation, the airlines ignore how much it actually costs them to acquire customers, such as substantial “click fees” paid to search engines, and to cover payment and credit card costs, customer service, advertising and marketing costs, ancillary costs and other services.
• Taking all factors into consideration, going direct does not reduce costs; in fact in several cases it increases costs.
• For large network airlines, going direct has potential negligible cost savings of 11 eurocents (€13.43 vs €13.32), which represent less than 1% of their distribution cost.
• For network airlines with a small home base, going direct adds an extra eleven percent to the cost of each booking.
• Regional airlines also see an additional four percent increase to the cost per booked segment for going direct.
• The reason for this is that the cost of customer acquisition, (online) marketing and advertising, technology development, and customer service increase considerably for airlines that want consumers to book direct.