The new operator of Athens’ King George hotel currently run by Greek hotels group Lampsa SA is set to be announced in the next two weeks, according to local media reports.

The 5-star King George, dating back to the 1930s, was put on sale in May  by its owner Eurobank. The 102-room 9,450m2 hotel right next to the Hotel Grande Bretagne, consists of three underground levels, a ground floor, a mezzanine, eight storeys and a rooftop, and was leased to Lampsa SA in 2012. 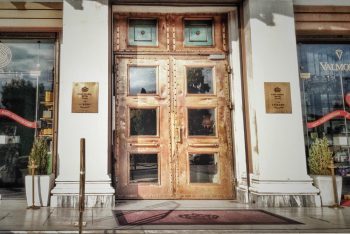 Eurobank is set to invite the Laskaridis family, a main shareholder in Lampsa SA, to express its intention to purchase the property as well as negotiate a bond loan ending in 2018.