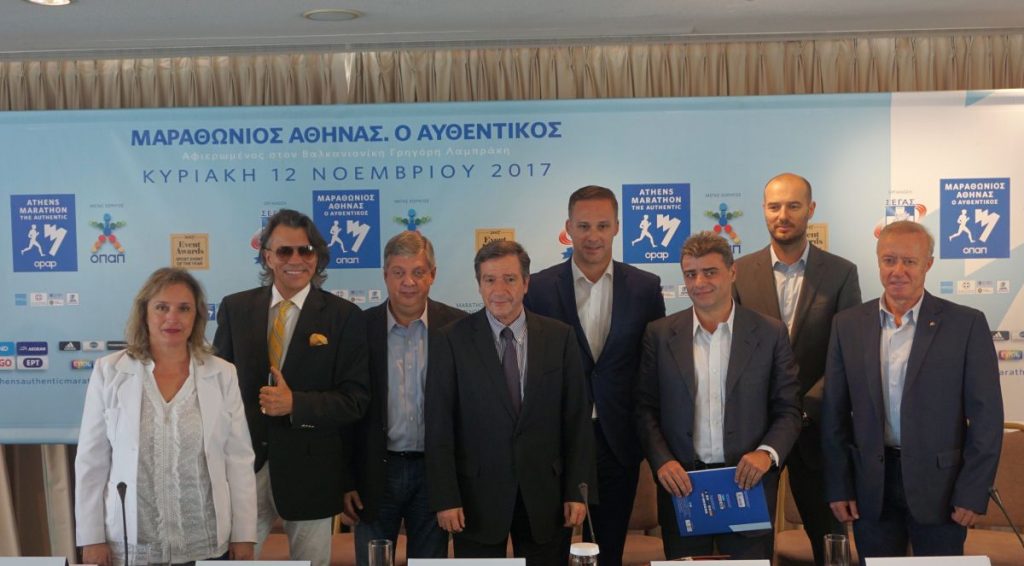 The 35th “Athens Marathon. The Authentic” is set to draw in record numbers on November 12, but the race’s infrastructure must be developed to cope with greater numbers of runners in the future, organizer Hellenic Athletics Federation (SEGAS) said on Monday.

More than 51,000 runners, from some 100 countries, have registered to take part in this year’s “Athens Marathon. The Authentic” races that include the 42,195-meter Marathon Race, the 5K and 10K road races, the evening marathon race event, the kids race and the Special Olympics race.

Once again host city Athens will be in the international spotlight for the marathon’s four days of activities that kick off on Thursday, November 9 and end with the 42,195-meter Marathon Race on Sunday, November 12. The race kicks off from the Marathon Start Venue in the town of Marathon and ends in the center of Athens.

According to SEGAS, the participation rate for the 42,195-meter Marathon Race alone has reached some 18,500 runners, which is the capacity of the start line in the city of Marathon.

“According to studies, the start line has a capacity of 18,500 runners. We are covering this number this year and if we want to welcome more runners in the future then the State must put it (the marathon) among its priorities, because infrastructure works are needed from and to the city of Marathon,” Hellenic Athletics Federation (SEGAS) President Kostas Panagopoulos said during a press conference.

“It is time for the State to respond to the initiative of the Attica Region and SEGAS. It will be a pity for the historical significance of the marathon if it doesn’t,” he said.

The “Athens Marathon. Τhe Authentic” traces the route of the 1896 Olympic course, starting in Marathon on the eastern coast of Attica, site of the Battle of Marathon of 490 B.C.E., and ending at the Panathinaikon Stadium in Athens.

Panagopoulos also requested from the media to motivate Athenians to take part in the marathon, “if not as runners, then as spectators”. SEGAS is aiming for the all the seats in the Panathinaikon Stadium in Athens to be filled this year.

Marathon Mayor Ilias Psinakis echoed Panagopoulos’ request for improved infrastructure in the city Marathon in order to cope with participation growth in the future.

“Every year, we break records and this becomes unpleasant because we have many requests for participation that we can not serve… We must develop our infrastructure,” Mayor Psinakis said, adding that each marathon event, in just a few days, contributes between 15 and 20 million euros to Greece.

“Our goal is to take advantage of this event to spread our culture, which is equated with tourism,” Mayor Psinakis said. 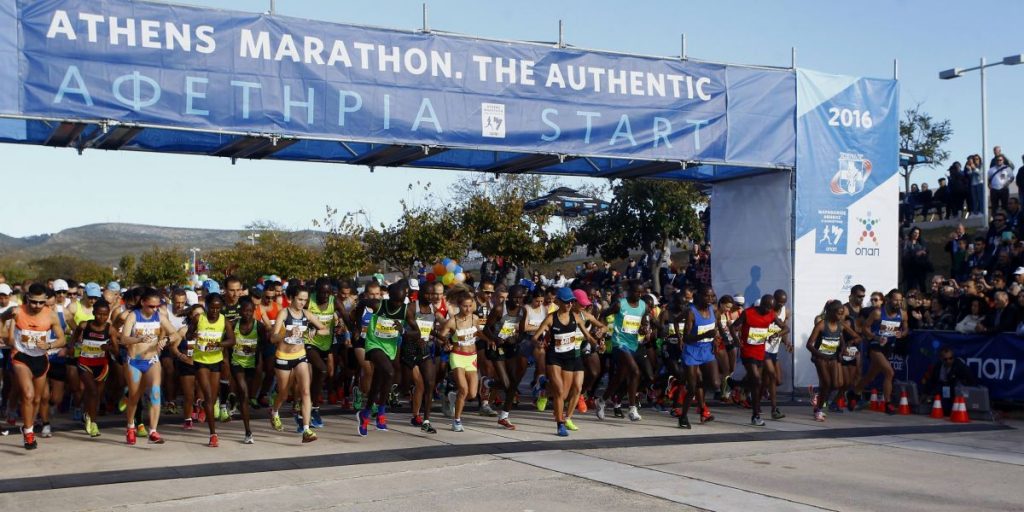 A mega-event for Athens

During the press conference, Athens Mayor Giorgos Kaminis underlined the importance of events such as the marathon for the city’s tourism sector.

“Every year the marathon’s participation numbers increase and this is very important for Athens as we try to extend the tourism season with events before and after the summer,” Athens Mayor Giorgos Kaminis said.

“The marathon for us is a steady point of reference as it helps us attract visitors to Athens in November and together with the Half Marathon, the two events bring people here during the non summer months, which is very important,” he said. 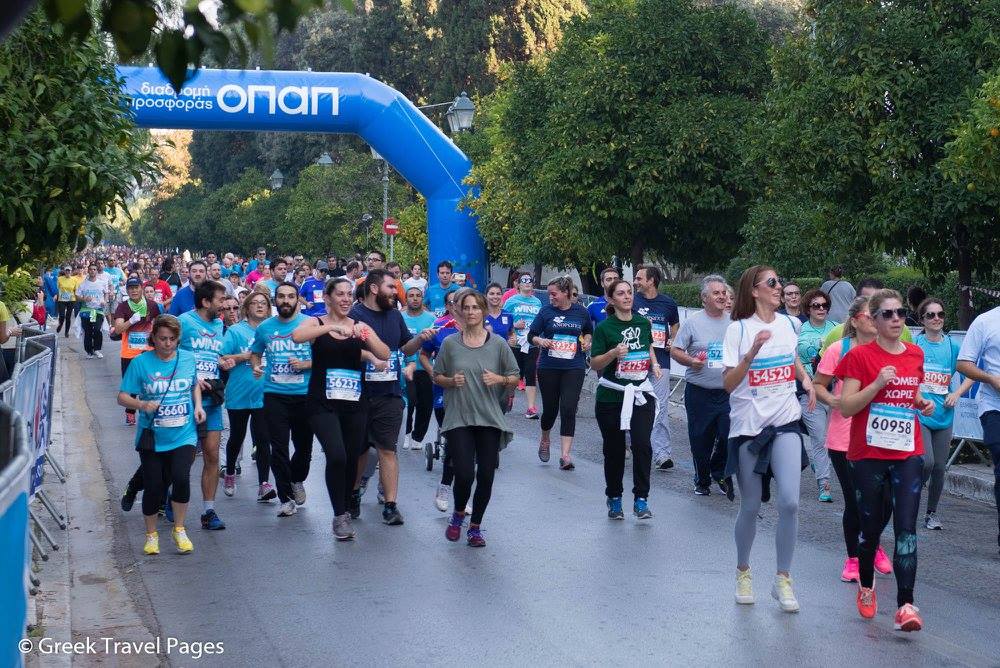 Activities that lead up to the 35th “Athens Marathon. The Authentic” kick off on Thursday, November 9 and include a gala event organized by the Association of International Marathons and Distance Races (AIMS) and the ERGO Marathon EXPO 2017 in the Faliro Olympic Indoor Hall (Tae Kwon Do Venue). 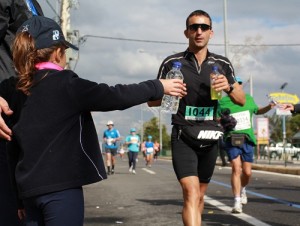 More than 3,200 volunteers — 600 volunteers more than last year — will be next to the runners of the 2017 Athens Marathon, in order to be of their assistance and encourage them.

The Greek National Tourism Organization is supporting the “Athens Marathon. The Authentic”. OPAP – Greek Organisation of Football Prognostics S.A. is the Grand Sponsor for the marathon and through the event is running its ongoing campaign calling on audiences to raise money for the renovation of two major childrens hospitals, “Aghia Sofia” and “P&A Kyriakou”.

The Greek Travel Pages (GTP) is a communication sponsor for the “Athens Marathon. Τhe Authentic”.