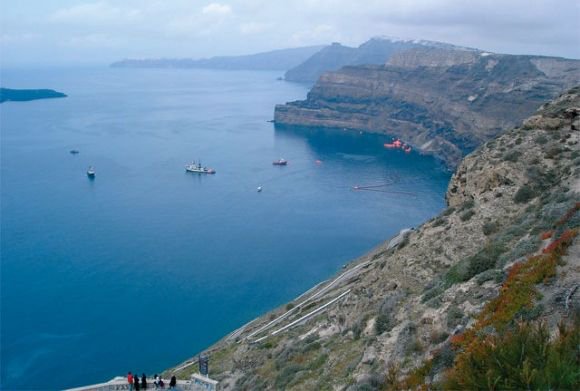 Greek Shipping Minister Panagiotis Kouroumblis on Friday signed orders for the recovery of the cruise ship “Sea Diamond” that sank off the popular Greek holiday island of Santorini some ten years ago. The orders were directed to the Municipal Harbour Fund of Thira and the Santorini Port Authority.

The “Sea Diamond” sank on April 5, 2007, after ramming into a reef just off Santorini’s port. Two of the 1,195 passengers and 391 crew on board were missing and presumed dead.

“For over ten years it has remained at the bottom of the Caldera, with whatever this means for the marine environment of one of the most popular tourism areas of Greece and the world,” the Shipping Ministry said in an announcement.

Last year, experts monitoring the leakage of toxic substances from the Sea Diamond wreck warned that an ecological disaster was fast approaching.